A Perry woman was arrested about 2:30 Sunday morning after she fled in her vehicle from a Perry Police officer and then led the officer and three Dallas County deputy sheriffs on a short chase that ended a mile south of Washington Township School.

In the end, Sherilyn Kay Dunlap, 37, of 1812 Jones St. in Perry, was arrested on charges of first-offense OWI, interference with official acts and eluding. She was first observed by Perry Police Officer Lourdes Clay sleeping in her vehicle at the Kum & Go at 1115 Iowa Highway 141 in Perry.

“While our officer was pursuing her,” Archer said, “Ms. Dunlap ended up calling 911, which initially came to the police department. Not knowing that the two were related — because all she requested was to speak with the Dallas County Sheriff’s office — the call was immediately transferred to Dallas County. And then she got on the phone and was saying she wasn’t going to pull over unless she was stopped by a sheriff’s department vehicle.”

Dunlap was soon obliged by three deputy sheriffs, who assisted Officer Clay in arresting her when she finally stopped at 220th Street.

“It was not a high-speed pursuit,” Archer said. “You’re talking probably a six- or seven-minute pursuit. The fastest speed they were going was 60 miles an hour.”

The cause of Dunlap’s refusal to stop for Officer Clay was unclear.

“Apparently, she felt she was being harassed by the Perry officer,” he said. “That’s my understanding.”

Dunlap was not alone in her vehicle. She had a boxer dog with her, who was taken into custody and transported to the Perry dog pound. Archer said this procedure is standard when people are arrested with animals in their company.

“When we take somebody into custody like that, if there’s an animal in the vehicle, we obviously have to do something with it and take care of it,” he said. “That’s why it was taken to the pound, to be held until she was released, and then we can release it back to her. And usually that’s a quicker option than calling somebody to come to the scene to pick up a dog. Then you’re tying up another officer. And that’s if you can even get a hold of somebody. This would have been at 2:30 in the morning. So the quickest option is just to do that.”

The Humane Society of Perry was notified of the new occupant of the pound, and Dunlap was transported to the Dallas County jail after booking at the Perry Police Department. 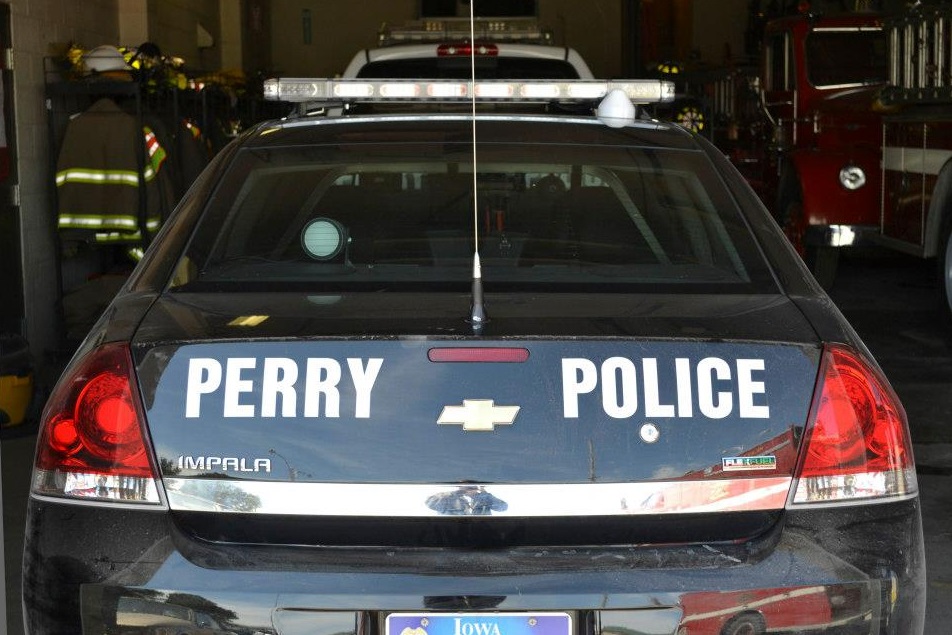