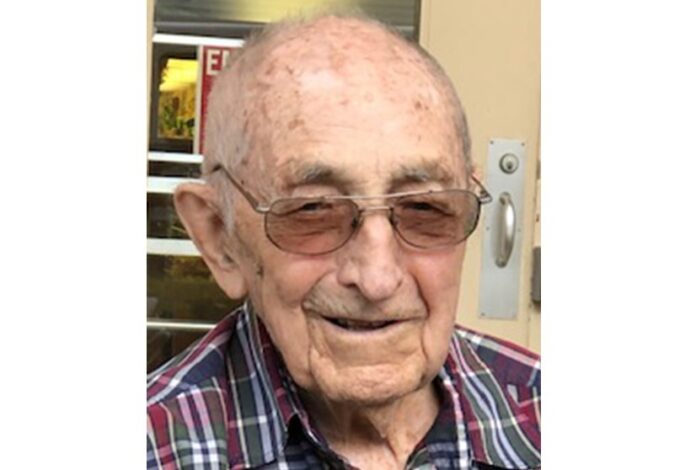 Funeral services will be held Saturday, Oct. 31 at 1 p.m. at the Carris Family Funeral Home and Cremation Care in Perry. Burial will be at the Violet Hill Cemetery in Perry. Everyone is encouraged to wear face coverings and practice social distancing while attending visitation and services.

Memorials will be given to Perry Lutheran Homes and may be left at the funeral home. Online condolences may be sent at www.carrisfuneralhome.com.

He graduated from the Washington Township High School in 1937.

He was united in marriage to Evelyn Halling in Missouri City, Missouri, March 29, 1942.

Earl farmed and worked at the soybean plant in Redfield and the co-op in Waukee.

He was a member of the Redfield Lions Club. He enjoyed reading, bowling and flying.

In death he rejoins his wife, Evelyn Daniels; parents, Bert and Hazel Daniels; a daughter, Kay Aldrich; and a sister, Wilma Waters.