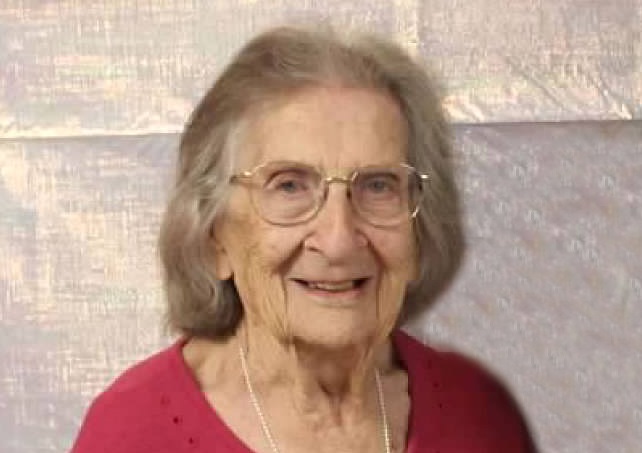 Funeral services will be held Monday, Sept. 26 at 1:30 p.m. at the Carris Family Funeral Home and Cremation Care in Perry. Visitation will be Sunday, Sept. 25 from 5-7 p.m. at the funeral home. Burial will be at the Elmwood Cemetery in Minburn, Iowa.

She attended eight years of country school and then graduated from Minburn High School. After high school she went to the Iowa School of Beauty.

Eleanor was united in marriage to Paul R. Mickelson at her parents’ home in rural Bouton on June 2, 1951.

She worked for three years at a Minburn beauty shop and then at the Perry Manor, Perry Lutheran Home for 15 years and Spurgeon Manor for seven years as a dietary aide.

Eleanor also worked side by side with Paul on the farm.

She was a member of the Minburn United Methodist Church and the American Legion Auxiliary.

Eleanor’s family wishes to thank the Spurgeon Manor for their kind and loving support.

Memorials will be given to Spurgeon Manor activities and may be left at the funeral home. Online condolences may be left at www.carrisfuneralhome.com.