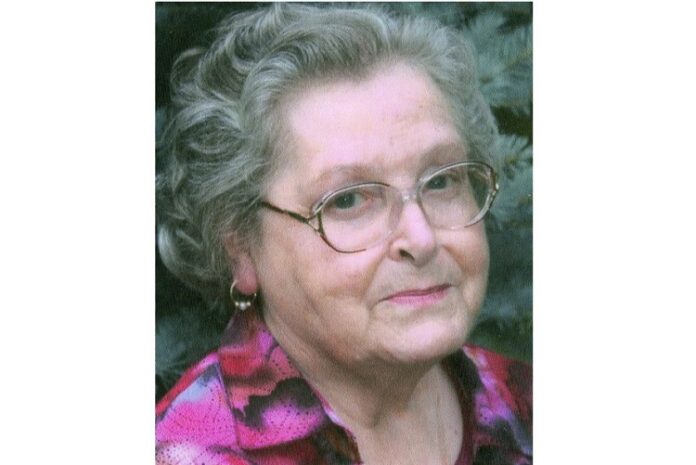 Ella Carhill, 86, of Jefferson passed away Saturday, Oct. 24, 2020, at the Gardens Assisted Living at Jefferson in Jefferson, Iowa.

Funeral services will be held Thursday, Oct. 29 at 11 a.m. at the Carris Family Funeral Home and Cremation Care in Perry, with visitation starting at 10 a.m. until the time of the service. Burial will be in the Valley View Cemetery near Perry. Everyone is encouraged to wear face coverings and practice social distancing while attending visitation and services.

Memorials will be given to Ella’s family for later designation and may be left at the funeral home. Online condolences may be sent at www.carrisfuneralhome.com.

She grew up on a farm in Guthrie County, Iowa, and graduated from Guthrie Center High School in 1952.

On Aug. 8, 1952, Ella married Clarence Carhill at the Christian Church in Guthrie Center. Ella and Clarence made their home in Perry on Clarence’s family farm. Within four years they were a family with three children: Gary, Linda and Robert.

Being a farm wife, Ella always had two big gardens that kept her busy in the summer. Long hours of canning and freezing fruits and vegetables helped keep the family fed during the winter. She enjoyed cooking, baking and experimenting with new recipes.

In January 1970, the family moved to Jefferson due to Clarence’s change from farming to hauling mail for the U.S. Postal Service. During the next several years, Ella delivered and picked up mailbags at post offices in rural towns around Iowa, ran a newspaper route to Storm Lake and drove a taxi service in Jefferson.

As the family grew, she was a full-time babysitter for grandkids. She enjoyed attending volleyball games, was a member of the local genealogy group, and quilted with the Methodist women. Ella never missed a family reunion. She loved to visit with family and friends.

In 1986 Clarence and Ella started wintering in Mena, Arkansas. They had a British White cattle operation and enjoyed the social activities in the community. Upon Clarence’s death in 2002, just short of 50 years of marriage, Ella returned to Jefferson and was once again surrounded by family.

Ella loved her family and had a passion for flowers, cooking, quilting, and genealogy. She had a very generous heart and was happy to give gifts to all those around her. Due to health, in 2018, Ella became a resident at The Gardens in Jefferson.