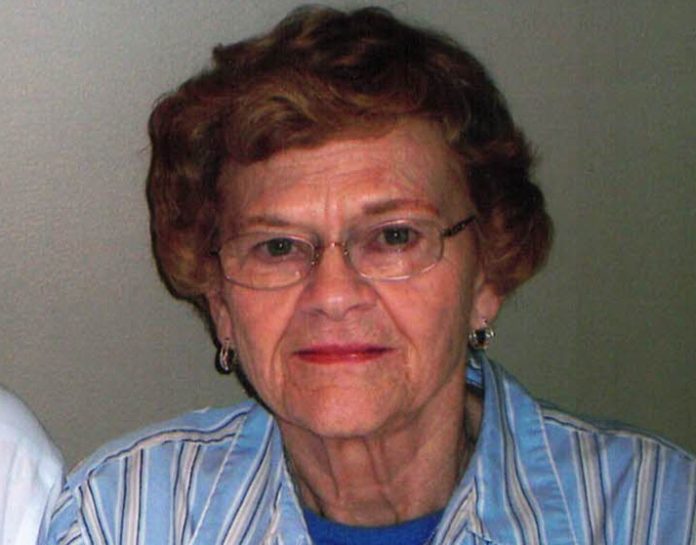 Emogene Daniels, 88, of Perry passed away Sunday, June 7, 2020, at the Rowley Masonic Community in Perry, Iowa.

A memorial service will be held Saturday, Aug. 8 at the Carris Family Funeral Home and Cremation Care in Perry. Visitation with family present will begin at 9:30 a.m., with the service starting at 11 am. Emogene’s family is requesting that social distancing be practiced and that face masks be worn. Burial will immediately follow in the Pilot Mound, Iowa, cemetery.

In lieu of flowers, donations in Emogene’s memory may be made to a charity of your choice, or memorials may be directed to the family for a later designation. Online condolences may be sent to: www.carrisfuneralhome.com.

She grew up on the family farm near Boxholm and graduated from Boxholm Community School in 1949.

Emogene met her future husband, Keith Marshall Daniels from Ottosen, Iowa, on her senior “skip day” in Storm Lake. They were united in marriage at the First United Methodist Church in Boone Oct. 7, 1950, a marriage that lasted for more than 62 years until Keith’s death in 2013.

Emogene was a homemaker for most of her life. She was also very involved with farm activities from the time she and Keith purchased the Snyder family farm shortly after their marriage until they sold the farm in 1978 and moved to Perry.

She was an active member of the EUB-United Methodist Church in Boxholm and later the First Presbyterian Churches in Perry, Boone and Creston.

Emogene loved animals and took care of beloved pets (especially dogs) most of her life. She enjoyed baking, cooking, gardening, music, and playing the piano.

For over 50 years she was a proud member and attended the ODO (Our Day Out) Club with other ladies from the Boxholm and Pilot Mound area.

In death she reunites with her beloved husband, Keith; her parents, Harvey and Leona; her infant sister, Mildred Darlene Snyder’ her son-in-law, Bill Honaker; her father-in-law and mother-in-law, Loran and Alma Daniel; her brother-in-law, Conley Daniels; and numerous aunts, uncles, cousins and nieces.