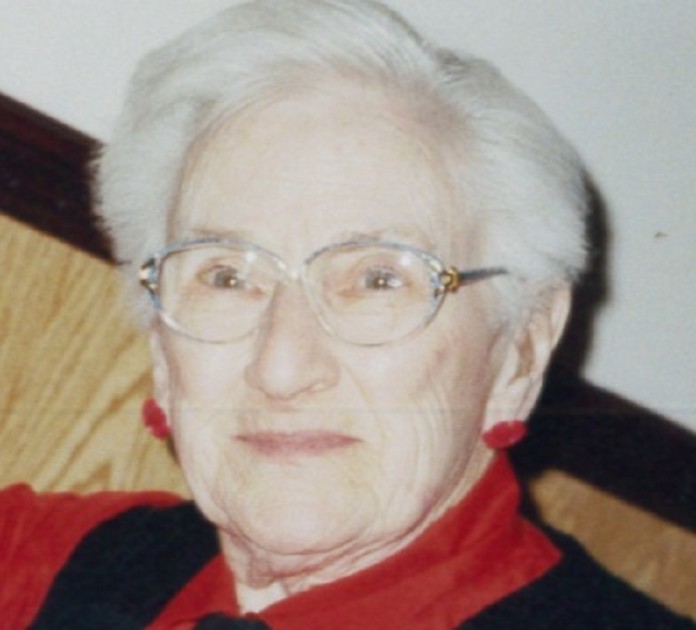 A Celebration of Life service will be held at 2 p.m. Saturday, April 16 at Murdock Funeral Home for Esther Blevins, 91, of Perry, formerly of Bouton. Chop Gibson will officiate the service. A private burial will take at a later date in Violet Hill Cemetery.

She attended school in Scranton and graduated from Scranton High School in 1941.

She married Jim Blevins July 29, 1951, and together they owned and operated the Tic Tock Motel in Rochester, Minn., the Perry Cafe in Perry and ended up with a liquor store in Wheaton, Colo.

They retired and lived in Fort Collins, Colo., before moving to Bouton.

Esther loved sewing and gardening and spending time with her nieces and nephews. She loved to travel and did much of it with her husband, Jim, before his death in December 1988.

Memorials may be sent to the funeral home, and online condolences may be left at murdockfuneralhome.net