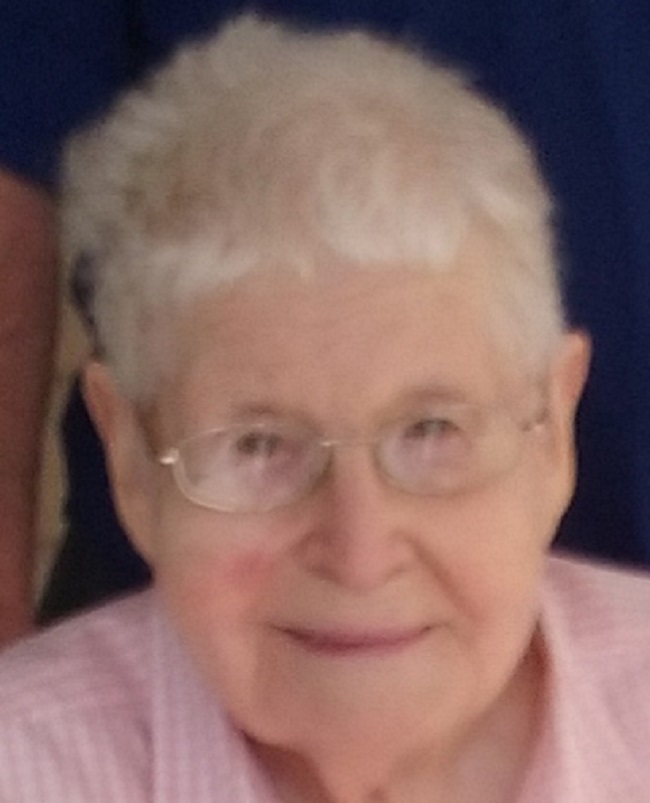 Memorials will be given to Perry Bible Church and may be left at the Carris Family Funeral Home. Online condolences may be sent at www.carrisfuneralhome.com.

She attended school at Ferguson, Iowa, and Dunbar, Iowa, where she graduated in 1937.

Esther learned early in life to appreciate everything she had.

She attended American Institute of Business in Des Moines and during that time met her husband, Maurice. She loved to tell people that they met at Madam Lacuda’s Dance Studio!

She was united in marriage to Maurice Porter at her family home in Dunbar Feb. 8, 1942, and they farmed near Mitchellville, where Maurice had grown up.

They moved from Mitchellville to Perry in 1955, where they raised five daughters.

Esther had several secretarial jobs, but her favorite was with the Perry Chamber of Commerce. During those early busy years, she welcomed her mother-in-law into their home to live.

Esther and Maurice were members of the Perry Bible Church. She found time to teach Sunday School when her children were young and helped with church pre-school in later years.

Although busy with work and children, Esther hosted many family dinners on weekends. Her fried chicken, pot roasts, meatloaf and cinnamon rolls were enjoyed by many!

She did some sewing when the children were little, and canning, gardening and cross stitch were other things she enjoyed.

She loved her family first and foremost and had a kind and encouraging word for everyone. She enthusiastically helped with many new babies as they arrived into the family.

She also liked going out for rides around town and noting the changing seasons and reliving memories along the way.

Whenever a young great-grandchild would visit her at the nursing home, it was really important to her to give them a little gift. She didn’t have much to share but if she had a flower she made at activity time, a pretty post card or a candy bar she won at bingo, she gave it away. And she always had a bag of peppermints.

She was known for her smile at the nursing home!

In death she rejoins her husband, Maurice; her parents, Walter and Nelle Smith; and brothers, Richard (Dick) Smith and Robert (Bob) Smith.

We want to thank Rowley Masonic Community. Esther said, “It has been a good home, with faithful and caring staff.”