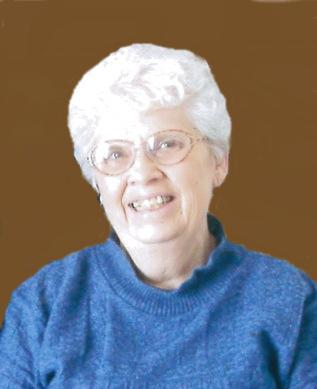 Evelyn Pearl Lansing, 82, of Fort Dodge and formerly of Perry, passed away April 21, 2015, at the Villa Care Nursing Home.

Funeral services will be 11 a.m. Friday, April 24 at the First United Methodist Church in Perry. Burial will be in Beaver (Amaqua) Cemetery at 1:30 p.m. Friday. Visitation will begin at 1 p.m. Thursday, April 23, with the family receiving friends from 5–7 p.m. at Murdock Funeral Home in Perry. A memorial has been established in Evelyn’s name. Online condolences may be left at murdockfuneralhome.net.

Evelyn was born Jan. 13, 1933, in a farmhouse north of Beaver, Iowa. As a child she attended local schools and graduated from Grand Junction High School in 1951.  She attended McPherson College of the Brethren in McPherson, Kan.  She returned home to help with the family beekeeping business.

On Oct. 25, 1953, she was united in marriage to Ralph Junior Lansing of Ogden in the Brethren Church in Beaver.

They made their home in the Ogden and Perry communities until 1965, when they moved to the Vincent, Iowa, area.  Evelyn was employed as a bookkeeper at the NEW Co-op until 1977, when the couple returned to Perry.  She continued to work as a bookkeeper in local businesses in the Perry area until her retirement in 1995. In 2013, when Evelyn’s health started to fail, they moved to Fort Dodge to be closer to family.

She was a member of the First United Methodist Church and the Perry Piece Makers Quilt Club.  She enjoyed quilt making and ceramics.

In death, Evelyn rejoins her parents, Russell and Eva Smalley, and sister, Donna.