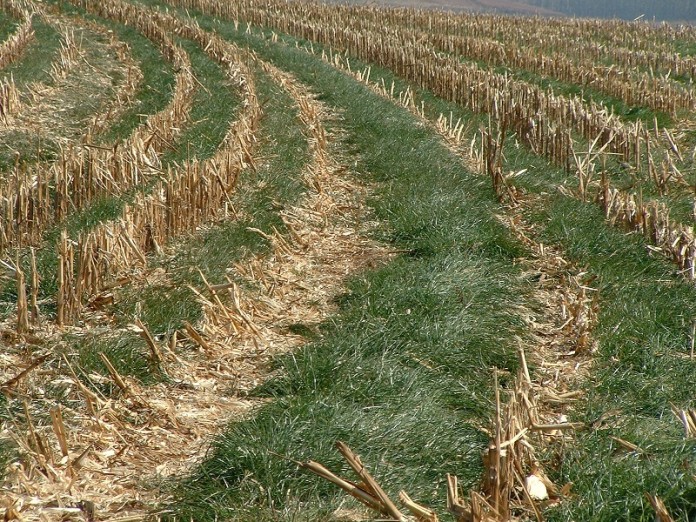 It’s time for millionaires and billionaires like Amazon founder Jeff Bezos to pay their fair share in taxes, but we can’t let the new laws that will tax the rich inadvertently devastate our family farms.

Right now, our tax code allows accumulated wealth on assets like stocks to be passed down across generations without paying capital gains taxes. Not only does this continue to concentrate wealth among the richest families in America, it also means working families are the ones picking up the tab on the investments we need with disproportionately more of their tax dollars.

President Biden’s administration recently proposed closing that loophole that allows the wealthiest Americans to escape taxes on their wealth by passing it down to heirs.
But closing this loophole could inadvertently force generations of family farmers to sell part of their land and livelihoods if this isn’t handled correctly: because many family farms have seen their land appreciate in value, and would have to sell off acres to foot the tax bill.

Iowa’s family farms have been a cornerstone of Iowa’s economy for generations, and I’ve talked to too many young farmers who fear losing the land that’s been in their family since the Civil War.

As I’ve traveled central and southwest Iowa in recent months, I’ve toured farms of all stripes — from organic farms to cattle operations to fields with row crops. At each of these stops, Iowa’s farmers have shared concerns about changes to the stepped-up basis and have asked me to do something to help them preserve the investment that in turn helps feed and fuel our country and the world.

At one stop recently, an Iowa farmer showed me the deed to their family’s land that dated back over 150 years, land that they still work with their own hands every single week.
There are more than 1,300 Heritage farms like the one I visited in Iowa, which have been passed down from generation to generation for 150 years or more, and 20,000 Century farms, which have been owned by the same families for 100 years or more.

These families have produced enough food to feed their own households, their communities and people all around the world. These are not the folks we should be making life harder for.

That’s why I led a dozen of my colleagues in Congress in a letter to House leadership, asking them to provide full exemptions for family farms that are critical to our communities.

With this letter, I’m pushing House leadership to recognize that there are a significant number of Democrats — all of whom, like me, represent farmers across our country — who will want to see this exemption included in any bill that changes this part of the tax code.

I want family-owned-and-operated farms to be able to defer that tax liability so long as they’re operating, and I’m taking that message to the White House, my colleagues in Congress and anyone who will listen.

I’m encouraged the administration agrees this exemption should be considered, but Congress is where the legislative rubber meets road.

I intend to keep fighting for Iowa’s family farmers during every step of the process and will do what’s right by them.

Let’s tell our emergency first responders, ‘We have your backs’