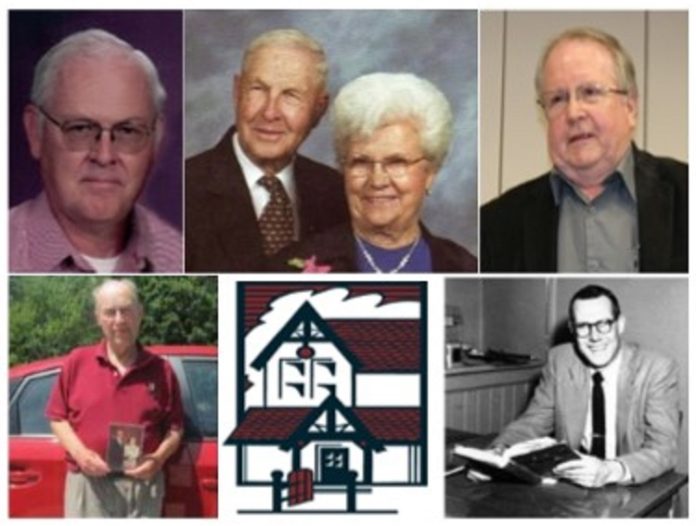 On Saturday the Perry Historic Preservation Commission will bestow its annual awards on notable figures from the Perry community, both living and dead, who have made significant contributions to the social life of the city.

The awards ceremony starts at 1:30 p.m. at the Spring Valley Retirement Community at 501 12th St. in Perry.

Five Historic Preservation Awards will be given this year. Joseph A. Ruggle will receive an award from commission member Gary Martin. Ruggle credits coming to Perry with his parents as the first “right thing” that happened to him. He graduated from St. Patrick’s High School in Perry, served as a member of U.S. Gen. Douglas MacArthur’s honor guard and possessed a work ethic that is a testament to his character.

“Ruggle’s involvement in helping document Perry’s history and delivering Meals on Wheels are only two of the things that make him a passionate volunteer,” Martin said.

Larry Vodenik will be presented an award by commission member Ronda Onken. A 1962 graduate of Perry High School, Vodenik chose to stay in his hometown, enriching the Perry community through his community knowledge and volunteerism. He is active in the Perry-Area Chamber of Commerce, Kiwanis, Rotary, Perry Historic Preservation Commission, BRR Committee, Fireworks Committee and many other organizations that promote Perry.

“Larry’s service to the Perry Historic Preservation Commission enlivened the group, and his historic pictures of the community increased interest in Perry’s past,” Onken said.

A posthumous award to John M. Glass will be presented to his family by commission member Joe McCarty. Glass graduated from St. Patrick’s High School in 1965 and continued to live in his hometown, enriching the Perry Community with his knowledge and volunteerism. He actively participated in the Perry Playhouse Performers Group, the Carnegie Library Museum Board, Perry Habitat for Humanity and was a member of the City of Perry Planning and Zoning Commission.

“Although busy as an independent building contractor, John was a passionate volunteer who could always be counted on to promote Perry,” McCarty said.

Louie Hensen will receive an award from Perry Historic Preservation Commission Secretary Judy Marckres. Hensen was the longtime owner of the Perry Sales Pavilion and member of St. Patrick’s Catholic Church, who provided many hours of volunteer service to the Perry Community.

Thomas P. South will receive an award from commission member John Palmer. South was an outstanding teacher in Perry Community Schools for 32 years and also provided many volunteer service hours to the Veterans of Foreign Wars, American Legion and Masonic Lodge. South started the VICA program at PHS, giving students hands-on experience in the business community. He was the Technology and Industrial Coordinator in addition to his regular teaching duties.

“Tom can always be counted on to assist with any project and also be a guest at former students’ class reunions,” Palmer said.