When the pole was set, a U.S. flag was raised in the late spring light. A dedication ceremony for the pole will be conducted in June. The sixth annual Josh Davis Memorial Poker Run occurs in August.

A number of local donors and sponsors made the new installation possible, including American Concrete and AccuJet of Perry, Hick Electric of Dallas Center and Watkins Flag Pole Co. of Ankeny. 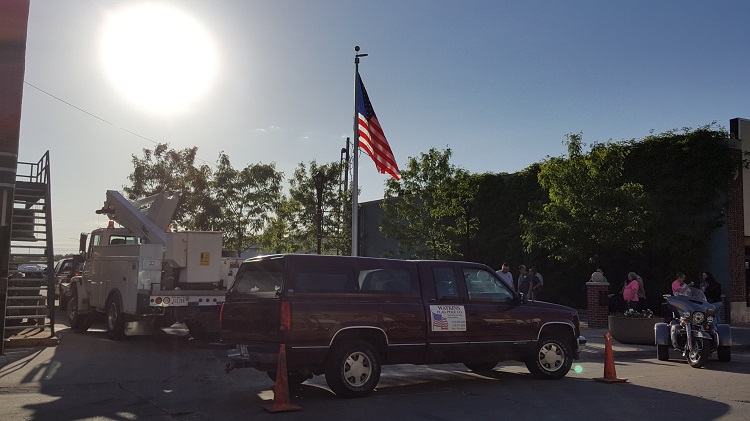 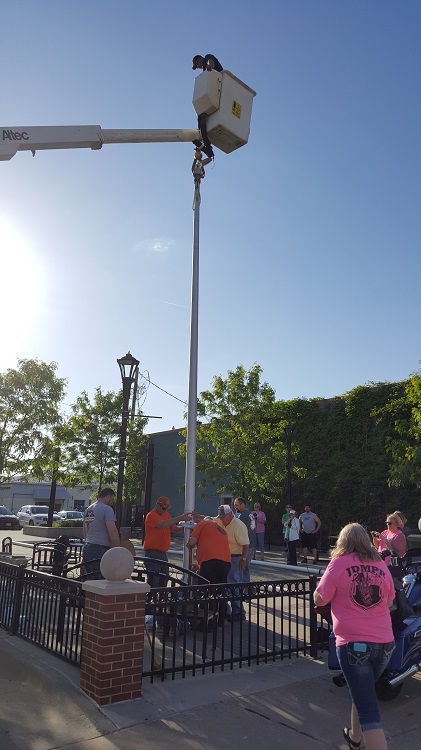 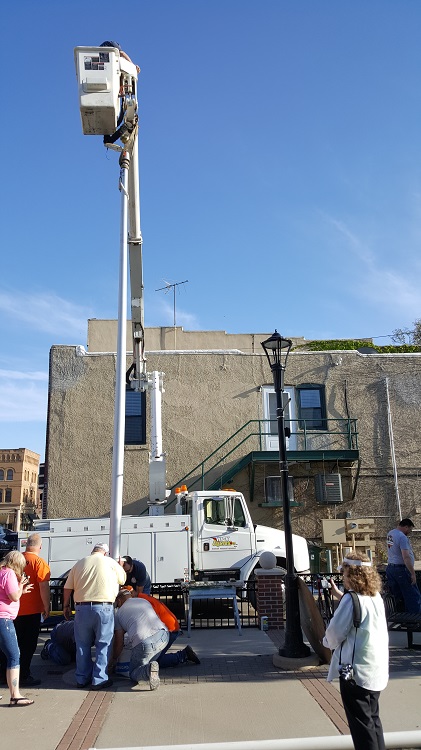