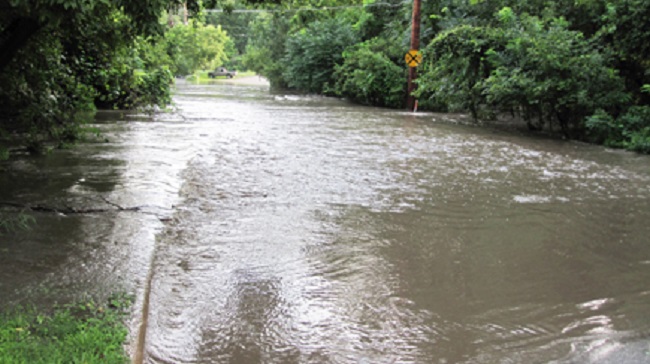 The National Weather Service in Des Moines has issued a flash flood watch through Saturday morning for Dallas County and 13 other counties in central, west central and south central Iowa.

The NWS forecasts 1 to 3 inches of rain by Saturday, with locally higher amounts
in excess of 3 inches possible..

Heavy rainfall can lead to rapid rises on local creeks and streams, which might be high enough to cross roadways, especially in low-lying areas. Significant ponding of water on roadways is also expected.

Flash flooding at night is extremely dangerous, according to the NWS, and drivers should turn around if they come to an area where water is flowing over the roadway.

The NWS advises travelers to monitor later forecasts and be prepared to take action if and when additional flash flood warnings are issued.