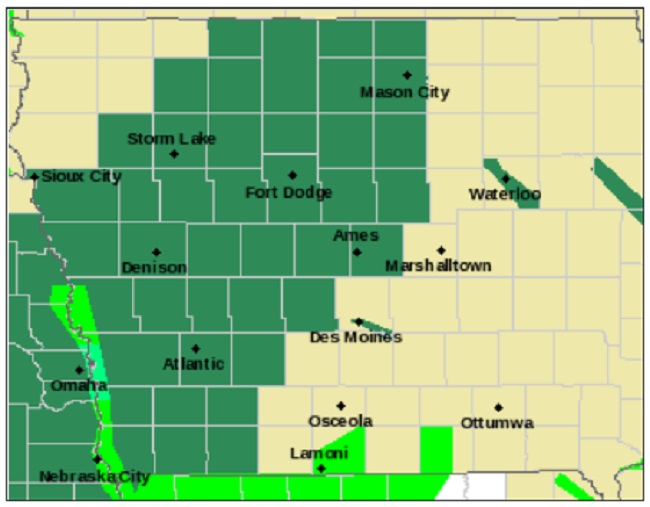 The National Weather Service (NWS) office in Des Moines has issued a flash flood watch for the Perry area, starting Monday at 10 p.m. and lasting through Wednesday morning.

According to the NWS, a heavy rain pattern is on track across portions of Iowa starting late Monday and lasting into early Wednesday morning, with repeated rounds of rainfall expected that might lead to widespread heavy rainfall and the potential for flash flooding over portions of western to northern Iowa.

Many locations are already very saturated from recent heavy rainfall over the past several days. These conditions, combined with increased runoff from post-harvest croplands, will increase the threat of flash flooding as well.