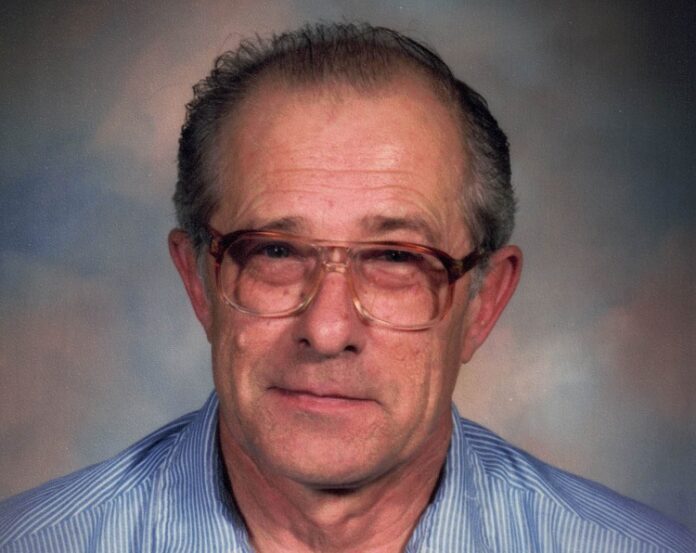 A memorial service for Fred Peterson, 89, of Perry will be held Wednesday, Aug. 11 at 1:30 p.m. at the Carris Family Funeral Home and Cremation Care in Perry. Memorials will be given to Youth Education at Forest Park Museum, the Perry Public Library or the Perry Parks Department Tree Nursery and may be left at the funeral home. Online condolences may be left at www.carrisfuneralhome.com.

He graduated from Perry High School with the class of 1949.

On Sept. 12, 1954, he was united in marriage to Mary Jean McCain iin Council Bluffs.

Fred worked at Thriftway grocery store in Perry while in high school.

During the Korean War, he served in the U.S. Army.

After returning home, he worked for the Northwestern Bell Telephone Co. for 33 years, owned and operated the Telephone Service Co. for five years, worked at the Dallas County Hospital for two years and the Perry Community School District for seven years.

Fred was a member of the Community of Christ Church, the Otley Masonic Lodge #299 and the Pioneer Telephone retirees.

He enjoyed being an amateur radio operator starting in 1956 until the present and coaching the boxing club for the Perry Elks. Fred volunteered at Forest Park Museum for 20 years and for the Big Buddy program for four years.

Throughout his lifetime, Fred raised Chinchilla’s, kept honeybees, and raised sweet corn, strawberries and roses. He loved to relax by mowing his lawn.

However, his greatest joy was his being with children, grandchildren and great-grandchildren.

Fred was proud that he was able to serve in Korea and then in the reserve for six years after his honorable discharge.

In death he rejoins his parents, Robert and Mildred Peterson; and a niece, Lisa.

Fred hails from generations of Petersons who settled here in the early years of Perry in the 1840s. He was the fifth generation of seven and has left strong roots for his family tree.