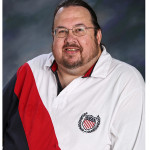 In my role as sports editor, I organized, collected and ran an NCAA Final Four pool, a 30-person two-part $40 a season 13-run pool in baseball, a College Football Bowl pool, and a pick-a-square Super Bowl pool. For a sum of $52 you could play in all four; or, as I used to say, “A dollar a week is all I ask.”

Since my departure, those pools have vanished. Heck, I am not even entering a Final Four pool this year, although I will, in this space, make public my predictions.

Readers of the local newspaper could see — and, when space allowed, read the reasoning behind — the NFL picks for each week, including the postseason. Yes, all 267 games. I started doing so at the Marshalltown paper in 1997 or ’98, I believe, and continued it here in Perry.

The college bowls were picked as well. There were also columns explaining my preseason predictions for pro and college football and for baseball.

I was very often wrong and subject to much razzing, but that is a risk I was willing to take to generate readers, and I like to think those public gambles paid off.

Now, of course, there is none of that available for local sports fans. Save for here, that is, at ThePerryNews, where the Observant Reader is once again welcomed to sports writing as, if I may say so, it ought to be.
That you are reading this space helps to make my point, and I appreciate your loyalty and the many kinds words I have received since accepting Jim Caufield’s invitation in early February to join him founding this website. Please feel free to comment, advise, ridicule, promote, harangue, suggest and otherwise let us know your eyes have been drawn here.

As for the NCAA pool, please remember that I deny responsibility only for my own bracket. If this year plays out like most, I will need little help in quickly sinking out of contention.

The big question is, of course, Kentucky; as in “Can anyone stop the Wildcats?” The safe answer, the “chalk” is no, and this year I will side with the chalk (a rarity) and will be surprised to see anyone stop UK from being the first 40-0 team and first undefeated men’s champion since the 1976 Indiana squad.

Nevermind the first week; the picks will pick up with the Elite Eight.

There I see Kentucky topping Notre Dame in the Midwest, Baylor surprising Wisconsin in the West, Villanova (after barely surviving UNI) falling to VIrginia and Gonzaga — who has yet to ever advance past the Sweet 16, defeating Duke.

In the Final Four I like Kentucky pulling away late from Baylor and Virginia not being able to score enough to stop Gonzaga from advancing.

By then everyone outside the Bluegrass Commonwealth will be itching for the Zags to zig the ‘Cats, but it just will not happen. Kentucky (yech!) wins it all, 73-65. And you say?

From the Press Box: CFB season predictions and passing thoughts

From the Press Box: Let them play!

Crank it up! 1980 remains the standard when it comes to hard rock music