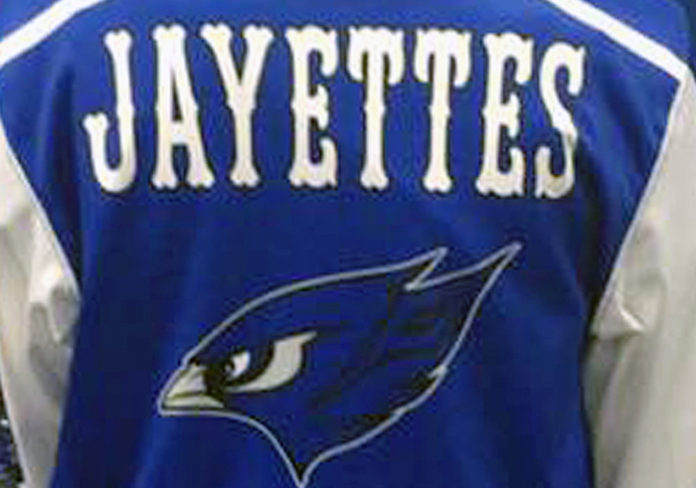 Messing with a tradition, no matter how well intentioned, is a sure way of stirring the proverbial hornet’s nest.

A recent letter to the editor of ThePerryNews.com from Laura Stebbins called into question the use of the moniker “Jayette” for the girls sports teams at Perry. Stebbins is grammatically correct in noting the suffix “ette” is used to indicate a “smaller version” or something of “lesser value.”

Motivated by the March 8 International Women’s Day and in the name of “gender equity,” she suggests the school do away with the distinction.

Stebbins makes clear she means no disrespect to current or past Jayettes. She wishes for all past references to Jayette accomplishments and achievements to remain in place. Stebbins simply recommends that when future changes to uniforms, programs, letterheads and the like are phased in, “Jayettes” should be dropped and replaced by “Bluejays,” a term apparently satisfactorily gender neutral and inclusive.

Hoping to erase any language that distinguishes one gender from another, she writes, “We’re all Bluejays or Jays — no need for ‘Lady Jays’ or ‘Gentleman Jays’ either. If we persist in segregating into ‘Jayettes’” and ‘Bluejays,’ then does ‘Bluejay Pride’ truly include ALL Perry Bluejays?”

The implication here is that calling the girls team the Jayettes is a deliberate attempt, whether recognized and accepted as such or not by the vast majority of the public, to deliberately designate and differentiate the ladies as inferior or lesser.

She is wrong, as, I would bet, almost to a woman every former and current Jayette will attest. Ask any of them if they ever felt inferior to the boys or believed they were lesser in any way, and the answer might be delivered with some level of passion, if the responses to Stebbins’ letter on ThePerryNews.com Facebook page or this website are an indication.

Entering the school year, there were five Iowa high schools using “Lady” to designate their female teams, with another five — Perry, Ankeny, Essex, Centerville and Vinton-Shellsburg — attaching “ette” to their girls squads.

A further eight schools use entirely different names for their girls teams. DC-G’s Mustangs/Fillies, Iowa City West’s Trojans/Women of Troy, and Wapello’s Indians/Arrows are three such examples. I would imagine none of those girls feel belittled.

Distinctions must be made. I could write the following: “Perry scored with less than two minutes remaining in regulation to claim a 2-1 win over visiting ADM in Raccoon River Conference soccer Tuesday.”

Which Perry team? The sentence would require a “boys” or “girls” to be added before “soccer” to inform the reader of the team in question.

If, in the example above, Boone had defeated ADM, and I wrote the “Toreadors scored . . . over the visiting Tigers,” the reader would still require clarification because both schools use the same nickname for both of their respective teams.

However, were the line to read “The Jayettes scored” or “The Bluejays scored,” the reader would know the team in question.

The “ette” may grammatically be meant in one way, but its common use in this instance is not a denigrating form. Instead, it is to separate and distinguish the girls from the boys without passing judgment. In this case, the offense has to be insinuated, because it is clearly neither intended nor accepted as such.

As for the “Bluejay Way” or “Bluejay Pride,” I cannot imagine a young girl thinking — without someone telling her to view it that way — that using those names lessens her importance because the male mascot is being used to override the female term when the school is discussed in whole, thereby implying her subservience.

The Perry Elementary School just celebrated their Bluejay Leaders for February. Think anyone intended to slight the young girls honored?

Stebbins calls the use of Jayettes “archaic and sexist.” She has a point — it takes no stretch of the imagination to see how, on the face of it, the “ette” (or Lady) could smack of sexism.

Except, in all the cases listed above, it does not.

From the Press Box: CFB season predictions and passing thoughts

From the Press Box: Let them play!

Crank it up! 1980 remains the standard when it comes to hard rock music