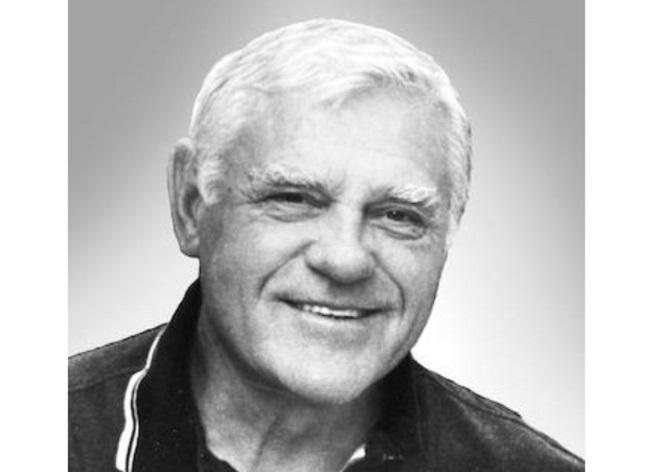 Following his honorable discharge from the service, Gene attended Ellsworth College in Iowa Falls and Iowa State University, graduating in 1953 with a degree in civil engineering.

He started his engineering career as an assistant county engineer for Madison County in Winterset until 1962, when he assumed the role as Dallas County Engineer in Adel.

On Jan. 12, 1973, Gene married Janet Jones Brehmer. They continued living in Adel until Gene’s retirement in 1989, after his 27 years of service as Dallas County Engineer.

After retirement, Gene and his wife Jan moved to Lake Panorama, where he continued to use his expertise as a private property surveyor and consultant for the Guthrie County Secondary Roads Department and the Iowa Concrete Paving Association. Throughout his career, Gene was recognized for many professional achievements, most notably, the 1973 Greene County Overlay Project, which was the most comprehensive study ever undertaken of fibrous concrete as an overlay in federal highway construction history.

Gene was community and civic minded, serving on numerous boards, including the Adel Community School Board and the Adel City Council. He was also a member of several organizations, including Lions Club International, Independent Order of Odd Fellows and many professional associations.

Gene was a popular and gregarious man with a big heart, a ready smile and a delightfully witty sense of humor. He dearly loved his family and his beloved dog, Steve. He loved living at the lake, playing cribbage and cheering on the Iowa State Cyclones. He was an avid golfer, having accomplished the amazing feat of five holes-in-one in his lifetime!

He was preceded in death by his parents; sisters, Virgie Belle, Betty and Fern; daughter, Cindy Hardy Luther Cash of Arizona; and stepson, Michael Brehmer of Panora.

The family would like to express a special thank you to the staff at Hospice of the Midwest for their wonderful care and compassion for Gene and our family after he suffered complications from a fall.

At Gene’s request, no service will be held at this time. Cremated remains will be interred at the Iowa Veterans Cemetery. The family is planning a celebration of life at a later date.