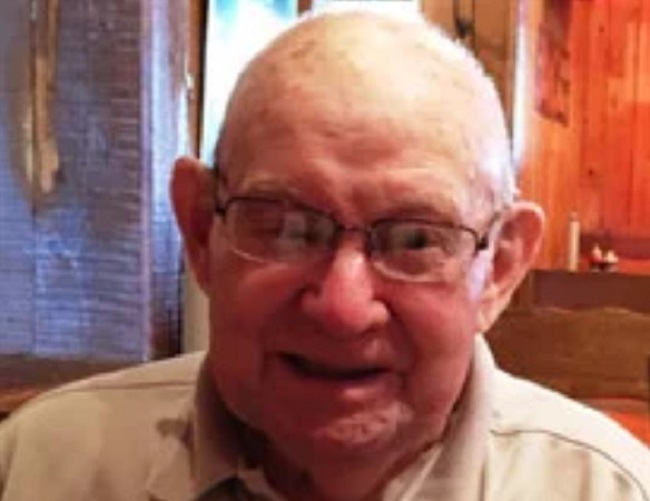 Eddie attended Casey Public Schools through sixth grade and loved helping his grandparents on their farms.

In 1942 the McCartneys moved to Bagley, Iowa, where Eddie spent the rest of his life.

As a boy, he delivered the Des Moines Register, mowed lawns, worked in the Gerald Anderson Grocery store and assembled machinery at the Gilliland Implement Co.

While in high school, Eddie was an outstanding athlete, playing baseball, basketball and football.

After high school, Eddie continued working for the Gilliland Implement Co., where his goal was to have all farm machinery in the area RED.

In 1951 Eddie was drafted into the U. S. Army, spending two years in the service of his country.

Eddie met Catherine “Katie” Hotaling, Bagley’s new English and home economics teacher, who was renting a room from Eddie’s parents. They married on June 12, 1954, in Walkill, New York, her hometown.

They returned to Bagley where they lived for 63 years. They were the proud parents of Linda and John, children they loved with all of their hearts.

Everybody in the area knew Eddie. He made friends wherever he went. His sales jobs at Gilliland Implement, a car dealership and Reuter’s Implement provided for his family while making it hard for Eddie to go anywhere without spotting a friend.

His love for his hometown helped the Bagley community for decades. He held leadership roles at Bagley United Methodist Church, Bagley Lions Club, Guthrie County’s Youth Foundation Board and was instrumental in promoting the Bagley Centennial in 1981.

Eddie’s love of horses was on display each summer when he entered his Shetland ponies in local parades.

In recent years, he spread joy at coffee shops, restaurants and senior citizen communities from Jefferson to Perry and Madrid, often accompanied by his helper and dear friend, Geri Shirbroun of Bayard.

He was preceded in death by his parents; his wife, Katie; and his younger sister, Mary Ann McCartney.

Services are pending with Slininger-Schroeder Funeral Home in Jefferson.