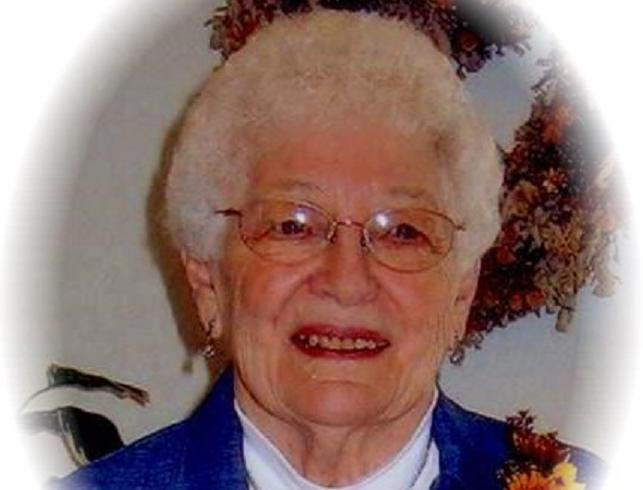 A funeral service was held Feb. 24 at 2:30 p.m. at Hastings Funeral Home in Jefferson. Words of comfort were officiated by her grandson, Pastor Jim Rademaker of Hope Lutheran Brethren Church in Appleton, Wis.

Casketbearers were David Kingery, Yolanda Kingery, Jim Rademaker, Sara Rademaker, Paul Kingery and Molly Kingery. Musicians were Georgene and Stephen Raver. Music selected by family was “He Touched Me,” “Jesus Keep Me Near the Cross” and “When the Roll is Called Up Yonder.” Congregational song was “Because He Lives.” Interment was held at Jefferson Cemetery, in Jefferson.

Georgia grew up and lived most of her life in Jefferson. She moved to Bloomington, Minn., five years ago, at the age of 92, to live closer to Judy and Larry.

Georgia graduated from Jefferson High School and went on to Simpson College and AIB College of Business in Des Moines.

Georgia worked as an administrative secretary for Firestone before she was married.

Georgia was united in marriage to Darrell Dean “Timer” Hays Nov. 4, 1939, in Jefferson. They were blessed with a daughter, Judith.

Georgia was a homemaker who in her free time enjoyed braiding rugs, crocheting, refinishing antique furniture and sewing.

She and Timer loved to dance.

Georgia was an active member of Central Christian Church, where she and Timer were youth leaders. She was a fun Camp Fire Leader and enjoyed her membership in TTT.