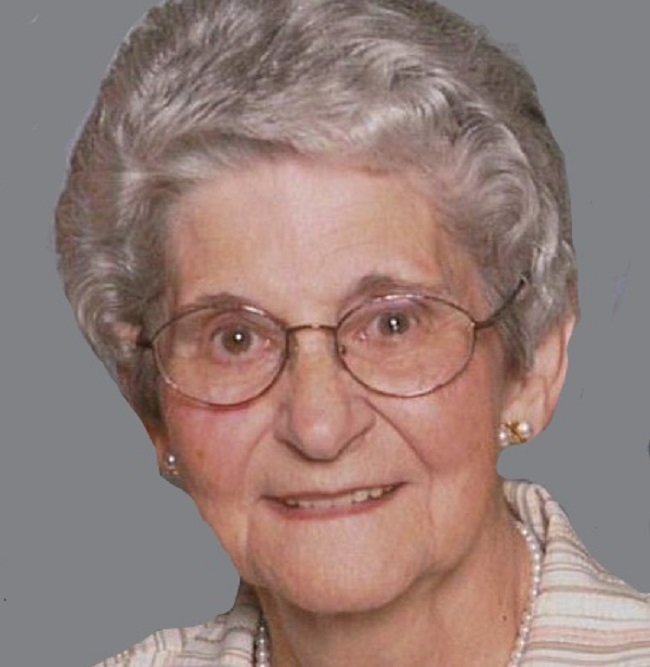 Memorial services for Geraldine M. Daniels, 90, of Perry will be held at 11 a.m. Thursday, Aug. 22 at the Murdock Funeral Home in Perry. Burial will follow at Violet Hill Cemetery. The family will receive friends from 10 a.m. until service time at the funeral home.

A lifelong resident of the Perry area, she attended school at Washington Township and graduated with the class of 1947.

Geraldine married Paul Gene Daniels Sept. 8, 1949, in Perry, and she passes just three weeks short of what would have been their 70th wedding anniversary.

In their younger years, they enjoyed square dancing with the Star Promenaders.

Before retirement, Geraldine worked for many years at the J. C. Penney Store in Perry in the catalogue department.

She loved spending time with her family and was fond of her flower garden. She was an avid bird watcher.

Gerry has spent the past five years at the Perry Lutheran Home.

Preceding Geraldine in death were her parents; and one sister, LaVerna Harris.

Memorials in Geraldine’s name will be directed to the Alzheimer’s Association. They may be mailed or brought to Murdock Funeral Home. Online condolences may be left at murdockfuneralhome.net