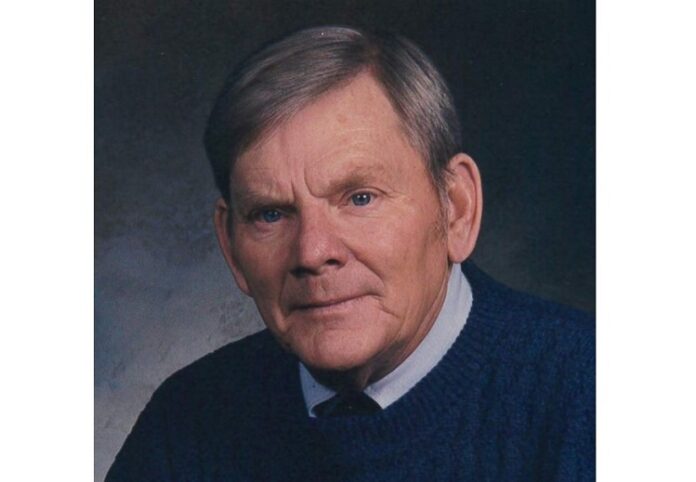 A Mass of Christian Burial will be celebrated at 10 a.m. Monday, Sept. 27 at St. Patrick Catholic Church for Glen Corrigan, 92, of Perry. Burial will be at the Violet Hill Cemetery in Perry. The family will greet friends from 2-3:30 p.m. Sunday, Sept. 26 at Murdock Funeral Home. A Rosary service will begin at 3:30 p.m. following the visitation.

Glen James Corrigan was born April 13, 1929, the son of Raymond and Nell (McCall) Corrigan, and he died Sept. 23, 2021, at Perry Lutheran Homes Kings Garden in Perry, Iowa. Glen was born on a small farm south of Guthrie Center, Iowa.

He graduated from Guthrie Center High School in 1947 and enlisted in the U.S. Navy. He was stationed on the aircraft carrier U.S.S. Rendova.

Glen married Dorothy M. Abbott 70 years ago at St. Augustin Church in Des Moines, Iowa. They made their home in Perry in 1955.

After his discharge from the Navy, Glen worked several jobs before he found his calling with “Ma Bell” as a combination tech. He worked for Northwestern Bell and AT&T for 34 years, retiring in 1984.

Glen had a great sense of humor and liked to nickname people. He loved to travel, whether by camper or airplane, seeing many wonderful places. Glen also liked to go fishing.

Most of all, he loved to spend time with his family and friends.

Memorials in Glen’s name and condolences to the family may be sent to Murdock Funeral Home in Perry. Online condolences may be left at murdockfuneralhome.net.