Following a public hearing, the five-member Greene County Board of Supervisors voted to table a CAFO expansion application Thursday morning because it lacked a closure plan. The hearing also gave the supervisors an opportunity to address more broadly the continual increase in the number of hog confinements in the county.

Board of Supervisors Chair John Muir opened the public hearing on the application from Hawker Farms IV LLC, which seeks to expand its Churdan Finisher Farm site, located in Section 18 of Highland Township. Approval would increase by 2,510 head a site already housing 2,490 hogs.

Greene County Environmental Health Director Chuck Wenthold recommended approving the application, noting the site achieved a master matrix score of 475 points. A minimum score of 440 is required for DNR approval. Wenthold said no written or other objections to the Hawker Farms plan were received by his office.

Darrell Hunt, a site selector for Iowa Falls-based New Modern Concepts, which will construct the confinement building for Iowa Falls-based Hawker Farms, answered questions posed by the board and the public. While Hawker Farms will own the swine-finishing building, the hogs will be owned by an integrator, Iowa Select Farms, sixth-largest pork producer in the U.S. in 2014. Iowa Select is headquartered in Iowa Falls.

Hunt said the expansion of Churdan Finisher Farm became possible when additional acres were made available for spreading manure from the CAFO. Hawker Farms bought the land for the CAFO building from the Hinners, a Carroll County family from near Halbur. The Hinners are also offering Hawker Farms the additional crop land for applying manure.

Perry Parker, a Churdan cattle farmer living two miles from the proposed expansion, asked Hunt why Iowa Select did not apply for a permit for a 4,800-head confinement right from the start.

“I guess the one question I’d have,” Parker said, “is why are most of these buildings being built as one unit and as then soon as the time period’s up, you come in and apply for this master matrix scoring for the second one? Why not do it all at once and be up front about it and contact the surrounding landowners sooner?”

Hog confinements of 2,500 head or more must submit a master matrix as part of their application for a DNR construction permit. The matrix is often subject to more public scrutiny than a manure management plan and usually entails a public hearing before county boards of supervisors. By building for 2,480 hogs, just below the permit threshold, no master matrix is required, only a manure management plan.

“I guess there’s no real reason on our end,” Hunt said. “We had the opportunity to build, and there was enough acres right there for the manure management plan, so that’s why it was originally built as a 2,400. The people we purchased the ground from then had another site that we could use, which allowed us the extra acres to do a 4,800, so we expanded it.”

It is “a lot easier to build the first one and then come back and ask for the second one because the first one’s there already,” Parker said. “I don’t have anything against anybody wanting to raise hogs. I understand it. We’re a livestock state. We have to have them. I would just like to ask for a little more respect for the surrounding neighbors. Iowa Select, when their building’s proposed, should talk to the neighbors instead of just coming in and doing it. I have more respect for somebody that’s talked to me than I do for somebody who just comes up and builds it. I don’t have hogs, but I have cattle, and I understand what it is to have livestock.”

Iowa Select Farms, Hawker Farms and New Modern Concepts are all based in Iowa Falls, a fact leading Supervisor Tom Contner to ask, “Why does everybody come to Greene County to build their CAFOs? Is it easier to get ground here?”

Hunt explained how his company works with the integrator, Iowa Select Farms to select CAFO sites.

“We build the buildings for Iowa Select or for their contract growers,” Hunt said. “We’re looking to put buildings in multiple areas. We had an opportunity with a landowner that wants some buildings put on his land for the manure that he will get back out of it. That is the reason that we put these up here. We’re dong the same thing up in Calhoun County. We’re adding some buildings over in Hardin County. Iowa Select Farms is a very large producer. They have facilities all over the state. They don’t pick out any one particular area. They have multiple areas all over the state.”

Hunt also said Iowa Select does not now have plans to expand the other 2,400-head CAFOs it built last year in the Churdan area because they lack ground to apply the manure.

“The other sites are setting by themselves,” he said. “There’s five of them up in there. They’re setting on 160-acre farms. It takes about 160 acres corn on corn for a manure management plan for 2,400 to work right. They’re all in areas where we have enough acres to run a 2,400-head building.”

The supervisors indicated a willingness to approve the application once it includes a plan for how the land would be reclaimed if the swine finishing operation should ever cease production. Supervisor Guy Richardson also made a statement in favor of local control, saying the authority to determine whether more confinements will be allowed should be at the level of the county rather than the state.

“I guess I’ll go on record again, like I always do,” Richardson said, “by saying  I really wish the state would change the law and give counties the responsibility and the option of making a choice on facilities. While I’m certainly all for the farmers around here and obviously support our farm-based economy, I think there is a point of saturation for these facilities, and I don’t want us to become like Carolina and surpass that point of saturation. I think those of us who are here certainly have the knowledge and should be allowed the responsibility of determining whether it’s right or not to continue to add these facilities to our area. Unfortunately, with the way the law is written and participating in the matrix process, it’s our job only to determine whether or not they meet the matrix requirements and to recommend to the DNR based on that. As I have said, I would much prefer that we would have the latitude to be able to say, ‘We have enough already in this particular area’ or ‘We have enough already in this county.’ Until they change the laws, we don’t have that authority, but I’d like it.”

Richardson and Supervisor Rudolph also addressed the question of possible limits to further CAFO construction in relation to the county’s larger development plans and goals.

“Certainly there are limits,” Richardson said. “I don’t know that there’s a definition of what those limits are, but I think we are in a position to determine them better than anyone else, and that’s why I wish we had more local control.”

George Naylor, a Greene County farmer and frequent critic of CAFOs, said he was pleased to hear the supervisors speak up for local control and asking for a closure plan.

“It’s a good sign that maybe the supervisors are realizing there are long-term liabilities at risk by having these investor-owned facilities,” Naylor said. “These are investors. They aren’t farmers. It’s not even a farmer building the building. It’s Hawker Farms, a limited-liability corporation.”

He also noted the relative powerlessness of the supervisors when it comes to CAFO permits.

“I know you can’t do a damn thing about it,” Naylor said to the supervisors last March when they approved the five manure management plans for Iowa Select CAFOs. “Bill Stowe at the Des Moines Water Works is sounding the alarm with his lawsuit against the counties to our northwest, but I talked to him, and ultimately he’s just as hopeless and powerless to do anything about it as you are.”

While the Water Works lawsuit is wending its way through U.S. District Court, Stowe recently called for a moratorium on all further CAFO construction permits.

“That’s the least that can be done,” Naylor said. “The public has to take all this seriously and be informed and realize not good for Iowa. (U.S. Secretary of Agriculture Tom) Vilsak ought to recognize that, too.” 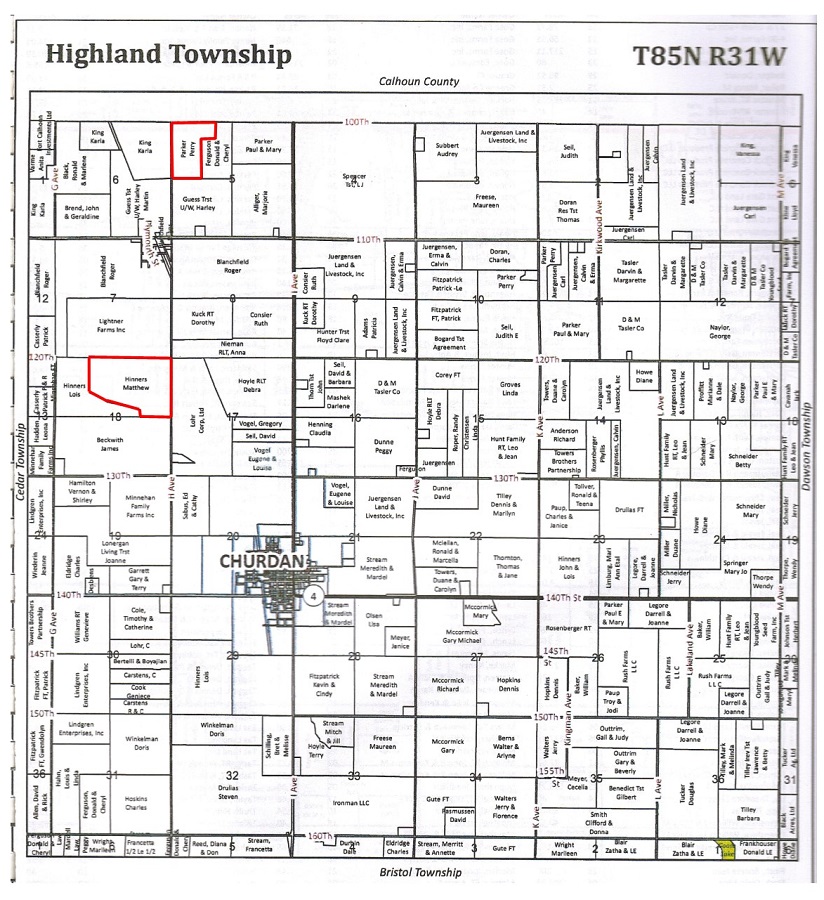