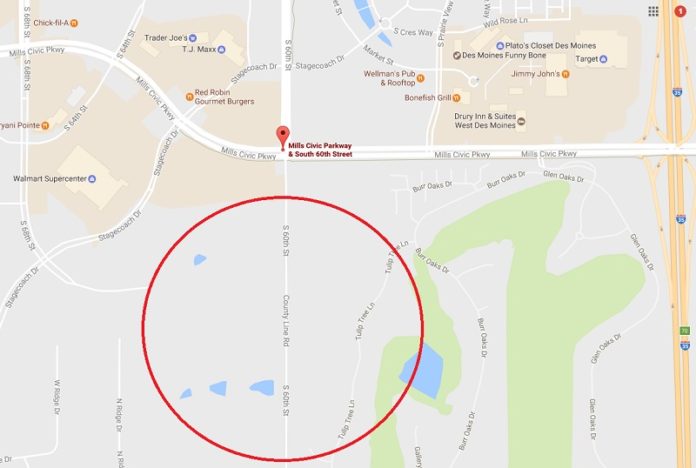 Radio traffic by the Iowa State Patrol and Westcom about 12:30 a.m. Sunday indicated a number of long guns were stolen from the Walmart Supercenter and an active shooter is now in a field southeast of the store and possibly moving toward U.S. Interstate 35.

It is unknown how many firearms are involved. Three long guns were apparently left behind near the store.

Law enforcement engaged the assistance of a K-9 tracking animal that was able to follow the scent for some ways eastward in a field, but the track was reportedly lost at 1 a.m.

A flair was deployed to assist in the search about 1:10 a.m.

It is believe the suspect is a white male. He was described by a witness as distressed, talking to himself and presenting symptoms of mental derangement.