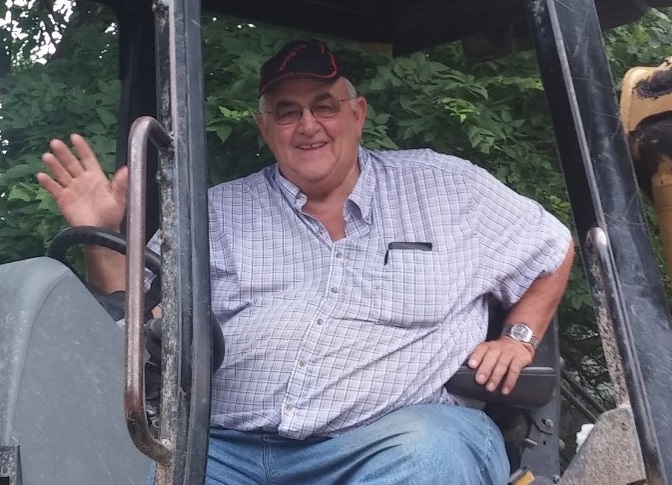 Services for Hal Dean Meinecke were held at 10 a.m. Wednesday, May 5 at the Hastings Funeral Home in Jefferson. Visitation started at 1 p.m. Tuesday, May 4, with the family present from 5-8 p.m. at the funeral home.

Debbie Menning was the pianist, and Dale Menning was the soloist. Songs chosen were “In The Garden” and “The Old Rugged Cross.” Recorded song by Grant Guiter was “Take Me Home, Country Roads.”

Interment took place at Franklin Cemetery in Cooper, Iowa. Military rites were performed by Lt. Col. Ryan Meinecke, who presented the flag, the U.S. Army Detail from Camp Dodge and American Legion Post 44 from Bayard. Following the services at the cemetery, a luncheon was served at the Jamaica Community Center.

Hal grew up in the Jefferson area and graduated from Jefferson High School in 1964.

After graduation he enlisted in the U.S. Army National Guard.

On Aug. 12, 1967, Hal was united in marriage to Connie Rae Ponx. The couple was blessed with three children. HD, Amy, and Abby.

He worked for Oscar Meyer in Perry for many years before starting his own backhoe business and several other business endeavors.

Hal was a generous and thoughtful man who would do anything for anyone.

On June 17, 1989, Hal and Diane Suter Heard were united in marriage. Diane, along with her two children, Tracie and Tim, became part of the family. The couple lived in Jamaica for the past 34 years.

He enjoyed taking road trips, and he loved going to watch his children and grandchildren in all their many events.

Hal will be greatly missed by all of his family and friends.

He is preceded in death by his father, George, and mother, Joan; brother-in-law, Ed Suter; sister-in-law, Donna Bruening; and nephews, Mark Johnston and Adam Meinecke.