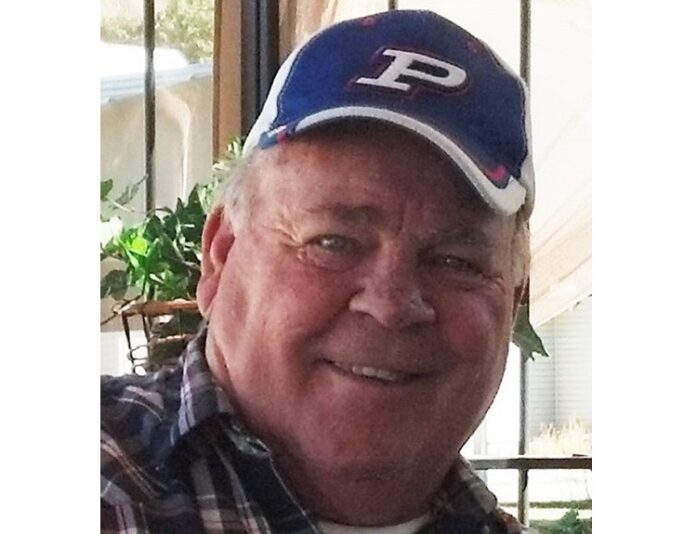 Harold Lee Anderson, 77, of Boone and formerly of the Bouton and Perry area passed away Feb. 2, 2021, at Mary Greeley Medical Center in Ames.

Harold’s family will be hosting a Celebration of Life service May 15, 2021, at 4 p.m. at the Elks Lodge in Perry. Online condolences may be left at www.carrisfuneralhome.com.

Around the age of 1, Harold and his family moved to the Dallas Center area, where he started school. Later he also attended Gardiner School. At the age of 8, he and his family moved to Bouton, where he went to school until ninth grade. It was there that he created most of his childhood memories. Harold finished high school at Perry High School, graduating as a member of the class of 1962.

In 1960, while in the 10th grade, Harold bought his first livestock truck and started his trucking business, joining in partnership with is dad, E. W., to form “Anderson & Son Trucking.” Being too young to hold a CDL, he hired a driver to drive for him while he finished high school.

On March 20, 1964, he married Shirley M. Hicks. Together they raised their two sons, Rodney and Rusty.

In 1971, the livestock business was pretty much gone, so Harold sold his semi and went to work for Dallas County, running a road maintainer out of the Woodward maintenance shed until 1979. He worked a couple of years for Oscar Mayer. After 20 years of plowing snow for the Iowa DOT out of the Perry complex, Harold took early retirement in 2002. He spent the last of his working years as a part-time school bus driver for the Perry schools, a Job that he dearly loved.

He excelled in so many ways, from being a Scout leader when the boys were younger, talking with driver’s ed students about driving safely in winter conditions plus showing them about the snow removal trucks, winning truck rodeos with the DOT, getting several awards, recognitions and certifications, to teaching truck driving classes at DMACC in the summer time.

In early years, he enjoyed being on bowling and softball leagues with his buddies.

Though the years, Harold enjoyed going to stock car races as well as his yearly trip with his boys to the Knoxville Raceway, working with his sports card collection, watching football with his boys, taking the Perry school kids to games and school activities, eating out with friends, visiting the casinos and later doing Diamond Dotz.

Harold enjoyed life to the fullest. He loved spending time with his family and his many friends. He never met a stranger. He could talk and laugh with anyone.

He will be greatly missed by all who knew him. Forever in our hearts!