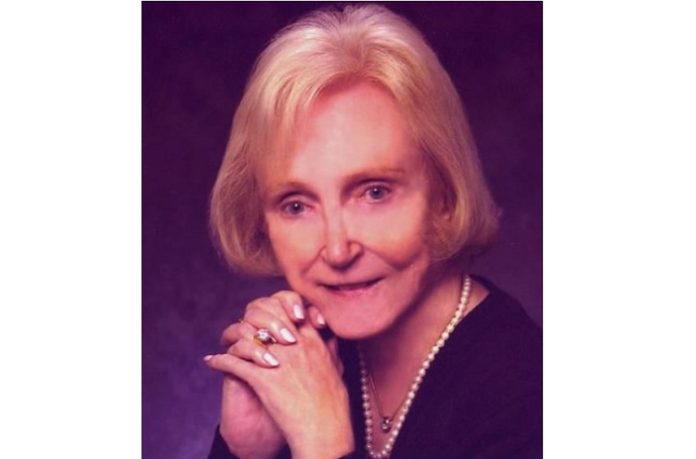 Helen Patricia (Cassady) Bacon, 93, of Boone and the Eastern Star Masonic Home passed away at the Boone County Hospital Feb. 23, 2020.

Mass of Christian burial will be Tuesday, March 3 at 11 a.m. at the Church of the Sacred Heart in Boone. Burial will be in the Linwood Park Cemetery.

Following the graveside service, a celebration of Helen’s life and a luncheon will be held in the Ryan Gym

Helen was born on the family farm near Des Moines, Iowa, Aug. 8, 1926, the daughter of John W. and Ella (Quinn) Cassady.

She grew up there with her parents; sister, Mary Loretta; and brother, John. As a child and young adult, she enjoyed riding horses and spent many happy hours riding through the countryside with her brother.

After graduating from Martensdale High School in Martensdale in 1943, Helen moved to Des Moines, where she was employed by the Iowa Department of Agriculture as a secretary.

On Aug. 6, 1949, Helen married Edmond Robert Bacon Jr. at the Church of the Assumption in Churchville, Iowa. The couple lived in Des Moines until 1960, when they moved to Perry and purchased a jewelry store. In 1968, they purchased a second store in Boone and later moved there when their son, Edmond Robert Bacon III, joined the business. The family also operated Bacon’s of Webster City for 17 years.

Helen was a past member of the Clear Lake Yacht Club, the Old Port Cove Yacht Club in North Palm Beach, Florida, the Soroptomist Club and was currently a member of the Church of the Sacred Heart of Boone and the Retail Jewelers Organization.

Helen and Ed loved to travel to many foreign countries.

In the past, Helen enjoyed ballroom dancing, boating, bowling and was an avid reader.

Helen is lovingly survived by her son, Ed Bacon III and wife, Carol, of Boone; grandsons, Ed Bacon IV and wife, Angie, of Boone; Patrick Bacon and wife, Stacy, of Polk City; great-grandchildren, Cassady and Camden Bacon of Boone and Grady and Charlie Bacon of Polk City; nieces and nephews, Suzanne Smith and Diane McCauley and Robert and Thomas Cassady.

Friends may call at the Schroeder-Reimers Memorial Chapel at Sixth and Marshall streets Monday, March 2 from 3-7 p.m., when a Rosary will be recited at 6:30 p.m. and a Vigil Service will be held at 7 p.m. The family will be present from 5-7 p.m.

On Tuesday, March 3, friends may call at the funeral chapel from 8-10 a.m.

In memory of Helen, memorials may be directed to the family to be gifted at a later date. Online condolences may be made at schroedermemorialchapel.com.