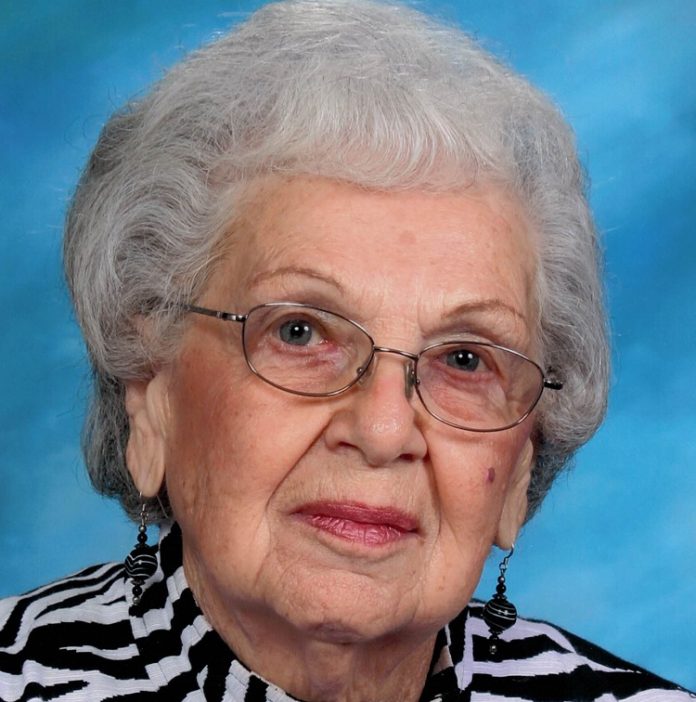 Funeral services will be held Saturday, Oct. 7 at 10 a.m. at the First United Methodist Church in Perry. Visitation will be Friday, Oct. 6 from 2-8 p.m., with family present to greet friends from 5:30-8 p.m. at the Carris Family Funeral Home in Perry. Burial will be at the Violet Hill Cemetery in Perry.

She graduated from Perry High School.

She worked as a bookkeeper at Perry State Bank, Dennis and Partridge Lumber and the Panora Co-op.

Helen was a member of the First United Methodist Church and the Methodist Women’s Group.

Together with Doyle, they travelled to various locations around the world.