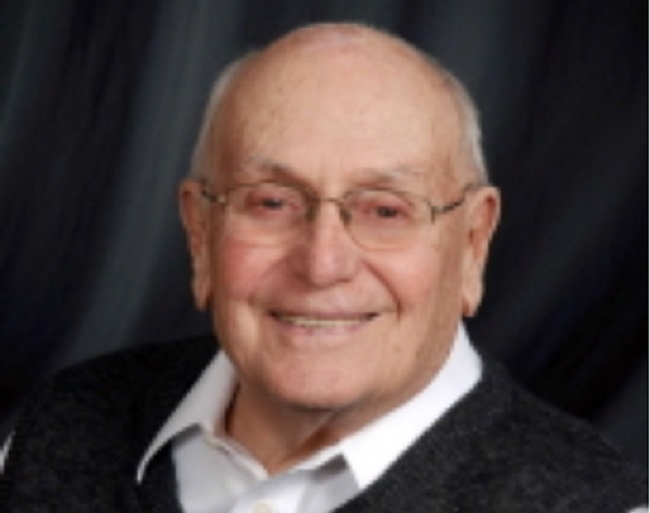 Henry was the youngest of 10 children and grew up in Rulo until attending high school at St. Henry’s Preparatory Seminary in Belleville, Illinois.

Upon graduation Henry enlisted in the U.S. Navy and was stationed in Seattle.

He then attended Creighton University in Omaha, Nebraska, where he earned a bachelor of science degree.

While he was a student, Henry met and married the love of his life, Dolores Hinners, a nursing student at the time. Their wedding took place at St. John’s Catholic Church on the Creighton campus May 31, 1949. Together the couple was blessed with 11 children.

Henry’s first job after college was as a health inspector for Douglas County (Omaha) in Nebraska.

In 1955 he changed careers and joined his brother in Fort Dodge, Iowa, to learn the grocery/meat-cutting trade. He later went on to manage the meat market at stores in Eagle Grove and Perry, Iowa.

In 1972 an opportunity came along for Henry to purchase his own grocery business, Hank’s Foods, in Pipestone, Minnesota. In the years following, Henry grew Hank’s Foods into a thriving, successful business that he later passed on to his sons. Hank’s Foods has now served the Pipestone community for 49 years.

Along with that accomplishment, Henry and Dolores raised their large family through many Little League games, football games, wrestling matches, band concerts and school plays, always with immense pride and encouragement.

As the children left the nest, Henry and Dolores set off traveling the world in a spirit of adventure. They enjoyed many games of golf together and always participated in happenings around the Pipestone community as well as in their longtime parish of St. Leo’s Catholic Church. Henry was an active member of the Knights of Columbus at St. Leo’s for many years.

Henry was especially loved for his great sense of humor, his storytelling and his nuggets of wisdom, which have been shared through the generations. He lived his values of family, faith, hard work and self-reliance authentically every day.

He was preceded in death by his wife, Dolores Darveaux; grandson, David Darveaux; son-in-law, Kevin Ramplin; his parents; siblings; and several brothers-in-law and sisters-in-law.

Memorials may be directed to Ridge View Estates in Pipestone or Pipestone County Hospice House.