Jim Croce recorded a song many years ago called “Time in a Bottle.” The gist of the song said time is precious, and you need to spend it with those who are important to you. I often heard both of my grandmothers say, “The older that you get, the faster the time goes.”

I would have to agree with that statement. Particularly after I started college, I have noticed that time flies by ever faster with each passing year. When I was in high school, it used to be that five years seemed like a lifetime. Now 40 years seems like nothing.

This year I am facing yet another significant birthday: my 50th. It just seems like yesterday I turned 40. I remember back then I did an episode on my Pegasus TV show, “That’s My Opinion,” about my turning 40 and the changes that I had noticed. Now another 10 years has flown by. Where did the time go?

What really surprises me is that when people learn my age, they often tell me that they think that I am much older than my stated age. Many people have stated to me that they have thought me to be in my middle 60s to my early 70s. For the past two years, I have often been asked whether I am going to retire anytime soon.

If all my legal documents are correct, then I am really 50 years of age and no older. I was born in the same year as a certain ThePerryNews.com sports editor, a realtor on Second Street, and a former Otley Avenue tavern owner. When I was at Fort Benning a number of years ago, I had another soldier tell me that I had old-looking eyes.

Around 15 years ago, a lot of people used to ask me if my parents retired. Now no one asks me that. They probably believe them to be deceased. I just talked to my parents the other day, and they were doing well. My mother is 72, and my father is 71.

My father is a carpenter. He is not a contractor or a builder. He lives, breathes, eats and sleeps carpentry. At one time he studied computer programming, but in the sixties he could not make a living at it. He used to work building houses in Vinton, Iowa, for a man named Glenn Mayhew. Now you would call them homes.

My father remembers life events according to the houses that he was working on at the time. He can tell you what house he was working on when he got married, when I was born, when my siblings were born or when people have died.

In fact, I remember when my sister was born in 1970 that my mom had her sister take her to the hospital and left my dad a note because there was no way to contact him. He was building a house in the country. This was a long time before cellular telephones.

He has always looked out for family members, church members, neighbors and others in need. He helps them with household and other repairs. He has rarely worked on Sundays. That was the day that he spent at church, with his immediate family, visiting his mother and visiting his brother-in-law.

My mother was a stay-at-home mother. She worked in Vinton at a corner grocery store while in high school. The people whom she worked for were named Abernathy. When I was in my late teens and early 20s, I used to deliver congregate meals to them. They used to tell me how wonderful my mother was.

After graduation she worked in Cedar Rapids as a secretary for Met Life. She tried to get hired with Rockwell Collins but back in the 60s, they would not hire her because she is left-handed, and all of the equipment was set up for right-handed people.

When she became pregnant with me, Met Life would not allow her to work any longer. Back then women were supposed to stay home and take care of their families. For a short time after all of us kids were born, she worked at another corner grocery store for a man named Buzz Bolenbaugh. Later, when my brother, sister and I started school, she worked at a preschool for 21 years, a position which she loved.

She gave it up to take care of my sister’s kids during the day when they were born. She always did a lot of work for the church and helped neighbors, particularly mowing their lawns. Now she still does a lot of church work but also spends a lot of time with her sisters and an old friend from high school.

I thought about the possibility that I was a little older and adopted by a young couple with my age really being what other people keep believing about me. After investigation I cannot find any evidence to support this hypothesis.

My father and Grandmother Wood tell me that when I was born, my Grandfather Wood was so excited that he went to the hospital to see me even though the doctor told him not to climb stairs. He had a heart ailment and died about a month after I was born at the age of 56.

When my Grandmother Wood was moving, she gave me a copy of the local newspaper announcing my birth. There was another birth on the day that I was born. A girl. I happened to meet this girl in the early 1990s at her sister’s wedding, and she grew into a very beautiful lady, so there is no way that I was switched at birth.

My parents are named Richard (Dick) and Carol Wood. They were married Sunday, May 9, 1965, at Stewart Memorial United Methodist Church in Vinton, Iowa. My dad says that the man who was to make the wedding cake forgot, so he had to call him. A cake did arrive for the reception.

Most of my parents’ wedding pictures are in black and white. The photographer was experimenting with color film so they have two color photographs. My dad was 20 and my mother was 21. My Grandmother Wood says that my grandfather and she had to sign a paper for my dad to get married because he was not yet 21. 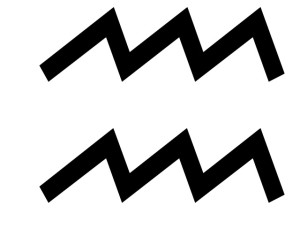 I was born Friday, Feb. 18, 1966, in Virginia Gay Hospital in Vinton, Iowa. According to this, I was born under the astrological sign Aquarius. My dad says I was nearly born Feb. 19.

My dad also tells me that I cost extra because they thought I was going to be born bottom first, and they had to have a specialist standing by.

Recently, he told me that my mother was bawling because she thought that I was going to be a breach birth. This did not occur.

The first car that I remember us having was a white 1963 Pontiac station wagon with a red interior.

I just attended by 30-year class reunion. Everybody got old. It took me a while to figure out who some of the attendees were. Many changed so much.

Another odd thing that keeps occurring is that people confuse me with former Perry High School Industrial Arts teacher Dale Schumacher. This just happened again not very long ago.

I have known Dale from the Perry First United Methodist Church for more than 20 years. All during this time, people would confuse me with Dale. At first it was retired railroader George McClellan, who by that time did not see well, so I did not think much about it. George has been gone a long time, and this confusion still occurs on a regular basis with other people.

Dale has not aged in the time that I have known him, so I am in good company. The only thing is that Dale is in the same age range as my father.

It is also not uncommon for people to confuse me with Dr. Steven Sohn. This just happened again around Christmas time. Since I have been in Perry, Dr. Sohn has had a large mustache. I have never had a mustache.

So from what I can determine, I am really 50 years old. Why I look so old I have not figured out. I have never drank alcohol, smoked, chased wild women or taken drugs. For a lot of my life I have been pretty healthy.

The only thing is that since I moved to Perry, I have eaten a lot more fast food than I did at home. I have also drunk more pop, particularly with the invention of the value meal. I have put on 100 pounds since graduating from high school. Maybe that is the reason. It has certainly had some affect.

I also have worked in the nursing home industry since 1982. At times it has been a very stressful occupation. Maybe this is a contributing factor. Who really knows? In 20 more years, will I look like I am 90?

There are some things that I have learned after all this time.

Much recently has been said about bullying in the school system and among young people. All through life, bullies exist. They exist at work, in church, in other organizations, in government and in nearly every aspect of life. One must learn to stand up to them, or they will run over you and make you miserable just for the sport.

The god of most people is money. It seems that the bigger an organization is, the less that it is involved in the community and the more that it squeezes a dollar even if it destroys people.

Most people who have money are afraid of losing it and the influence that it buys. They do not want other people to have equal wealth or attention. They will hinder others trying to advance themselves. No matter how much money that you have, you will still die, and eventually there will be no one who remembers you.

Don’t be greedy. It will leave you empty.

Many people who tell you about how religious they are really are not. Pay attention to what people do instead of what they say. Actions do speak louder than words.

It is important to be kind to other people. At times it may not seem worth it, but it is. The Golden Rule should be followed. Remember that you are no better than other people. You will never be sorry that you were kind.

Don’t write an opinion piece about Hillary Clinton for ThePerryNews.com. Easy to say. Hard to resist.

Sometime during the week, spend some time in quiet with no background noise. Even a few minutes helps. Pray, mediate, read, hide in the bathroom and do other things in quiet that will clear you mind.

I never will understand the way of thought of the younger generations of people. Previous generations have not understood succeeding generations since time began, and it is doubtful that this will ever change.

Most importantly, spend time with your family and friends. Take a few minutes regularly to visit with your great-grandparents, grandparents and parents on a regular basis. Someday they will be gone, and you cannot get them back.

Do things while you can. As you age it becomes ever more difficult to travel and pursue interests. We all will get feeble at some point. Many of us will develop cognitive problems. Do things now.

When all else fails, there is family. Family includes biological family, church family and others who are meaningful to you.

So 50 has come upon me, and just as fast 60 will show up and so on. Make the most of life for all of the time that you are given. Treat other people well.