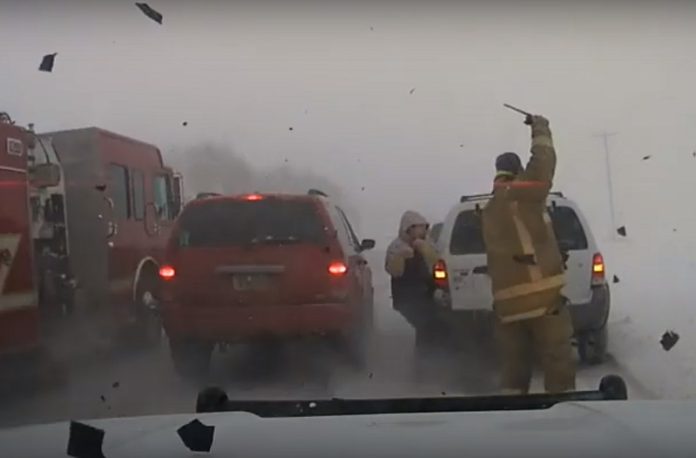 The Iowa State Patrol has issued a citation to the 16-year-old driver involved in a Jan. 28 collision that narrowly avoided killing a Dallas County Deputy Sheriff.

The collision occurred during white-out conditions.

“It’s only by the grace of God that I was not killed or seriously injured,” Soll said Saturday.

The video shows the out-of-control SUV first smashing the side-view mirror on Soll’s patrol vehicle and then nearly striking a firefighter and another person before hitting Soll and knocking him to the snow-covered ground.

Soll was transported to the hospital by Dallas County EMS. He said he still has pain in his left hip and numbness in his left hand.

The unidentified teen driver was cited for excessive speed. He will appear Thursday, Feb. 28 in Dallas County District Court.