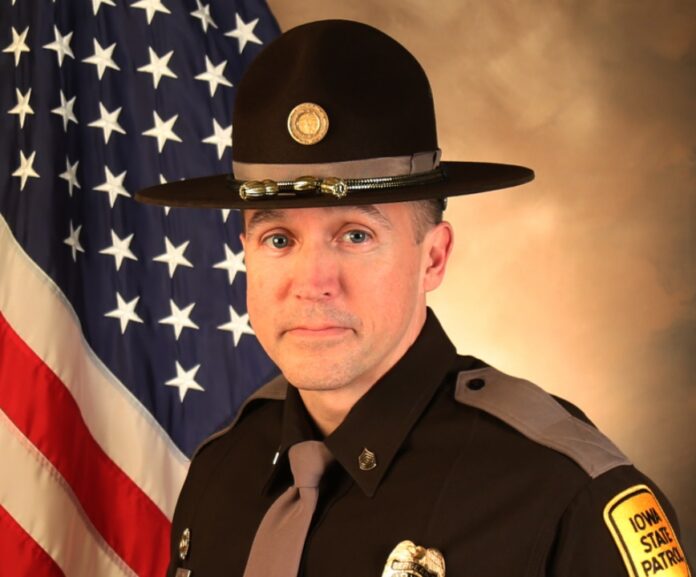 DES MOINES, Iowa — Funeral arrangements have been announced for Iowa State Patrol Sergeant Jim Smith, a 27-year veteran of the agency who was shot and killed Friday, April 9 while attempting to arrest a man barricaded in Grundy Center.

The firearm fatality shocked Iowans statewide and caused deep grief in the ranks of the Iowa State Patrol over the loss of their colleague and friend. Iowa Gov. Kim Reynolds has ordered all flags in Iowa be flown at half-staff from sunrise to sunset on the day of Smith’s  interment in honor and remembrance of this fallen hero.

Please note that facemasks will be required for all attendees at the visitation and funeral service.