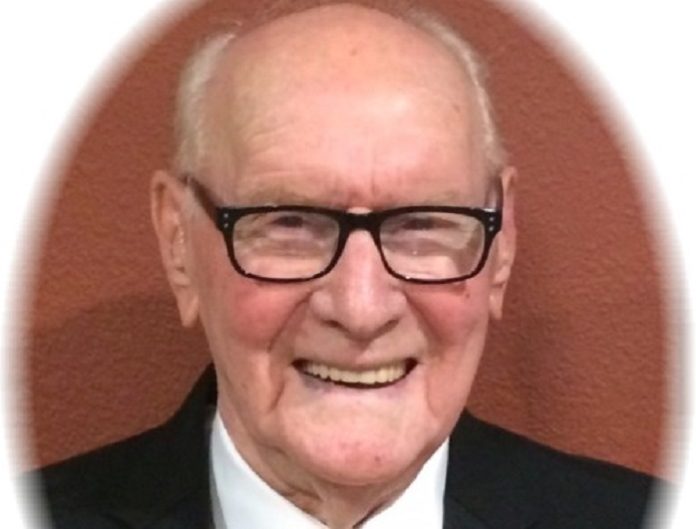 Jack married Mary Ann Updike, the woman who captured his heart and soul, Aug. 12, 1942. Their love was visible as was Jack’s total devotion to Mary Ann for 72 years and nine months.

Jack was a deeply principled man, a forward thinker, planning and preparing for life. His word was solid, his handshake binding.

Jack was a proud Marine, having served in both World War II and the Korean Conflict. He was seldom without his Marine Corps cap.

He worked for the Milwaukee Railroad for most of his adult life, following in the steps of his grandfather, uncle and father. But his heartfelt job was as provider and “rock” for his wife, daughters and grandchildren.

After 10 years of traveling the U.S. in their R.V., Jack and Mary Ann moved to Minnesota, where they became Twins baseball fans and active members of their communities. In the last year of Jack’s life, he won the Spirit of Aging award for the state of Minnesota and attended many Twins games, even raising the U.S. flag during the national anthem.

A celebration of Jack’s life is scheduled for June 25 at 11 a.m. at the First Christian Church in Perry, with visitation one hour prior to the service. Interment for Jack and Mary Ann will be at Violet Hill Cemetery. A luncheon will be held following the services at the cemetery. Jack will receive full military honors.

Jack lived in love and died in peace. He is where he wants to be – holding his beloved Mary Ann.

Memorials may be sent to Hastings Funeral Home in Perry. http://hastings.funeralplan2.com/