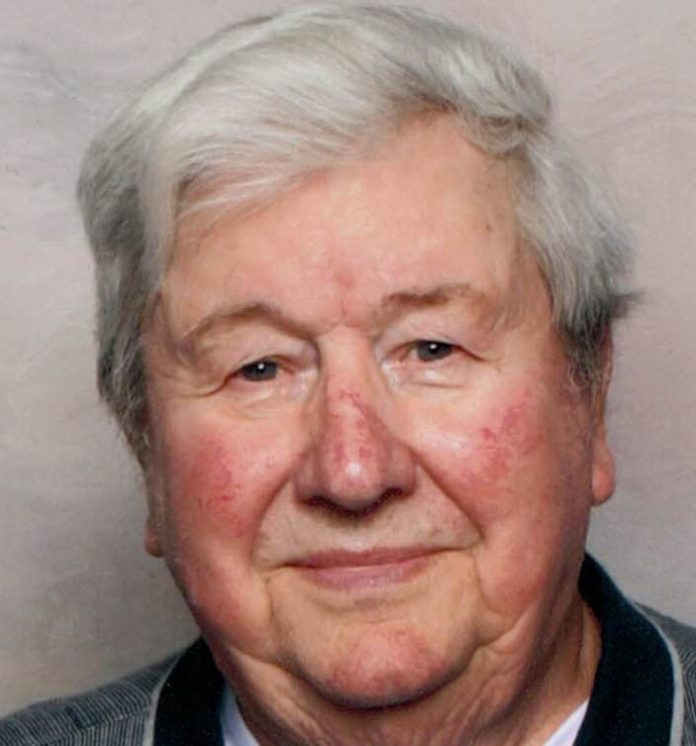 Services for Jack E. Meier, 88, of Perry will be held at Carris Family Funeral Home in Perry Friday, June 24 at 2 p.m. He passed away at his home in the company of his loving family June 16. Jack was preceded in death by his parents, Claus Frederick and Nina Mae (Ranes) Meier, and one grandchild.

A veteran of the Korean War, he was stationed in Germany for more than one year. Upon his return, he resumed farming with his father and began working in construction. His work life combined the two careers that he truly loved, farming and operating heavy equipment. He worked as a crane operator on many bridges, road projects and other construction jobs throughout central Iowa.

Jack had many interests and hobbies, including reading, traveling and collecting toy trains and toy tractors. Those who knew Jack also know of his fondness for Oliver tractors, tomatoes, sweet corn, his cows, Country Western music, Jeeps, tractor pulls, drag races and fireworks. He enjoyed taking road trips with his wife of 65 years, Pat, and knew many of the backroads of Iowa.

Above all he loved his family, found profound joy in the simple pleasures of life and especially treasured his long friendships with childhood friend Paul Mullen and Larry Ridnour. He will be forever missed by his family and community of lifelong friends.

Memorial contributions may be made to St. Croix Hospice. Online condolences may be expressed at www.carrisfuneralhome.com.