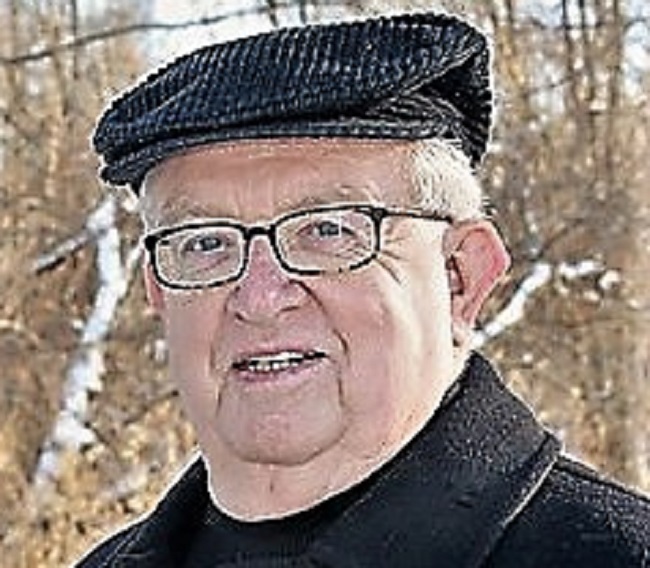 Mass of Christian Burial will be held Saturday, Oct. 26 at 10:30 a.m. at the St. Patrick Catholic Church in Perry. Visitation will be Friday, Oct. 25 from 2-7 p.m., with family present from 4-7 p.m. and a time of sharing memories at 7 p.m. at the Carris Family Funeral Home and Cremation Care in Perry. Burial will be in the Violet Hill Cemetery in Perry at a later date.

Memorials will be given to the St. Patrick School or to the family, who will direct gifts to local organizations in Jim’s name and may be left at the funeral home. Online condolences may be sent at www.carrisfuneralhome.com.

Jim served in the U.S. Army during the Korean War.

Jim worked at Ford Motor Co., Rayovac and Oscar Mayer in Madison, later transferring with Oscar Mayer to Perry in 1966 until his retirement in 1989.

Jim was also a member of Knights of Columbus, the Perry Elks Club and the American Legion.

He enjoyed the Green Bay Packers, the Wisconsin Badgers and the Peter’s Coffee Club.

We enjoyed his witty and wry sense of humor along with his “Jim-isms.”

The family would like to thank the staff and caregivers at MercyOne Medical Center, the Rowley Masonic Home and St. Croix Hospice.