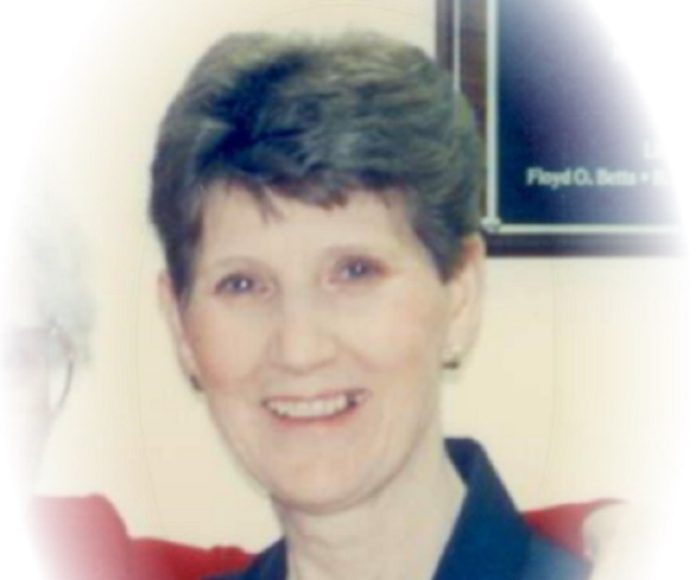 Services for Janet Darlene Dahl were held at 11 a.m. Wednesday, Aug. 3 at Hastings Funeral Home in Jefferson. Visitation was after 1 p.m. Tuesday, with family present from 6-8 p.m. at the funeral home.

Pastor Charlene Wolfe (retired) of Hope Parish in Bagley provided words of comfort. Ellen Dvorak gave the eulogy. Honorary bearers were Jim Lyons, Bud Hanen, Richard Hanen and Jerry Hanen. Pianist was Lula Garnes. Royce Cookson was the soloist. Violinist was Gavin McGivney. Hymns chosen were “Wind Beneath My Wings,” “Amazing Grace,” “You Raise Me Up” and “Nearer My God to Thee.” Following the service, a luncheon was served at the Central Christian Church in Jefferson.

As the only daughter, she was lovingly referred to as “Sis” by her brothers and extended family.

She graduated from Jefferson High School in 1958.

On Dec. 7, 1958, Janet was united in marriage to Tom Dahl at the Church of Christ in Bagley. The couple was blessed with five children: Jeff, Mike, Todd, Ann and Kristine.

They lived south of Bagley until moving to Bayard in 1973. Tom and Janet then moved back to Bagley in 2009.

Janet’s greatest accomplishment and the thing she loved most was being a devoted wife and loving mother.

Janet was an avid crafter for 27 years. She loved to visit, read, entertain and decorate. Janet enjoyed flowers and kept their farm and yard covered with flower gardens.

Janet was tenacious, determined and never gave up. She always kept her hands and body busy and was quite often referred to as the “Energizer bunny” by family.

Janet was a TTT member and a Bayard Booster Club member for many years. She rarely missed a game, play or school event that her children were involved in. She coordinated the “old” neighborhood picnics and had her two Birthday Clubs with her special friends. Janet served as Cub Scout leader while her boys were young and 4-H Leader for her girls.

Janet was preceded in death by her parents; father-in-law and mother-in-law, Theodore and Ruth Dahl; brother, Jim Lyons; and sister-in-law, Sandy Dahl.