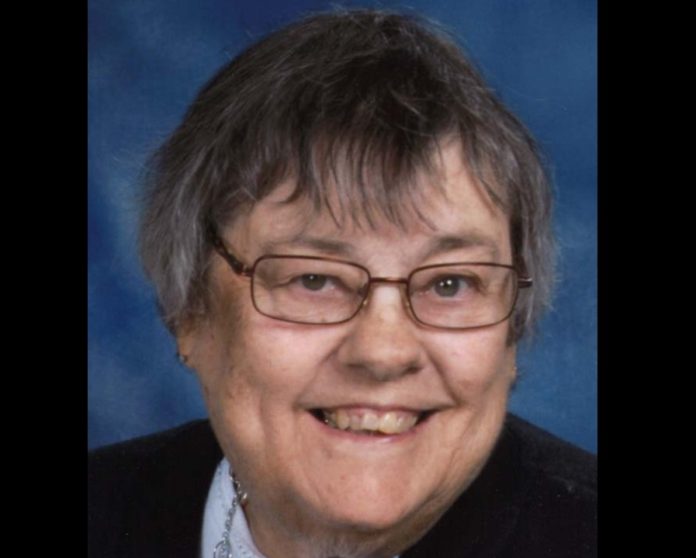 Janet Hooper, 80, of Waukee and formerly of Dallas Center passed away Dec. 27, 2018, at Mercy Medical Center in Des Moines, Iowa.

Funeral services will be held at 11 a.m., Saturday, Jan. 5 at the Dallas Center United Methodist Church. Visitation will be held from 4-6 p.m. Friday, Jan. 4 at Iles Brandt Chapel in Dallas Center. Private interment will be at the Brethren Cemetery. Per Janet’s wishes, cremation rites have been accorded.

Janet was born June 19, 1938, in Des Moines, Iowa, the daughter of Eldon and Beulah (Fish) Richardson.

She grew up in Maxwell, Iowa, and graduated from Maxwell High School. She continued her education at the University of Northern Iowa and Drake University.

On Dec. 23, 1961, Janet was united in marriage to Charles Hooper of Dallas Center. They made their home on the family farm in Dallas Center.

Janet began her kindergarten teaching career in Dallas Center, where she worked for three years, then with the Waukee Community School District for 30 years. She retired in 1997.

She enjoyed trips to Arizona for 20 years, doing crafts with her friends. Most of all, she loved spending time with her family, friends and her beloved dog, Freddie.

Janet volunteered at the Waukee Library and Spurgeon Manor in Dallas Center. She also spent many hours making greeting cards for Sunshine Acres with her friends in Arizona.

Janet is survived by her husband of 57 years, Charles Hopper of Waukee; her daughters, Lori (Dennis) Trammell and Tami (Lyle) Silver, both of Dallas Center; two grandchildren, Jenna Silver and Chelsea Trammell; a brother, Kenneth (Sandy) Richardson of Spencer, Iowa; sisters-in-law, Joyce (Al) Seifert and Marie Hooper; many nieces; nephews; and their families.

She was preceded in death by her parents; and a brother-in-law, Jerry Hooper.

Online condolences are welcome at www.IlesCares.com. Memorial contributions may be directed to the Dallas Center United Methodist Church.