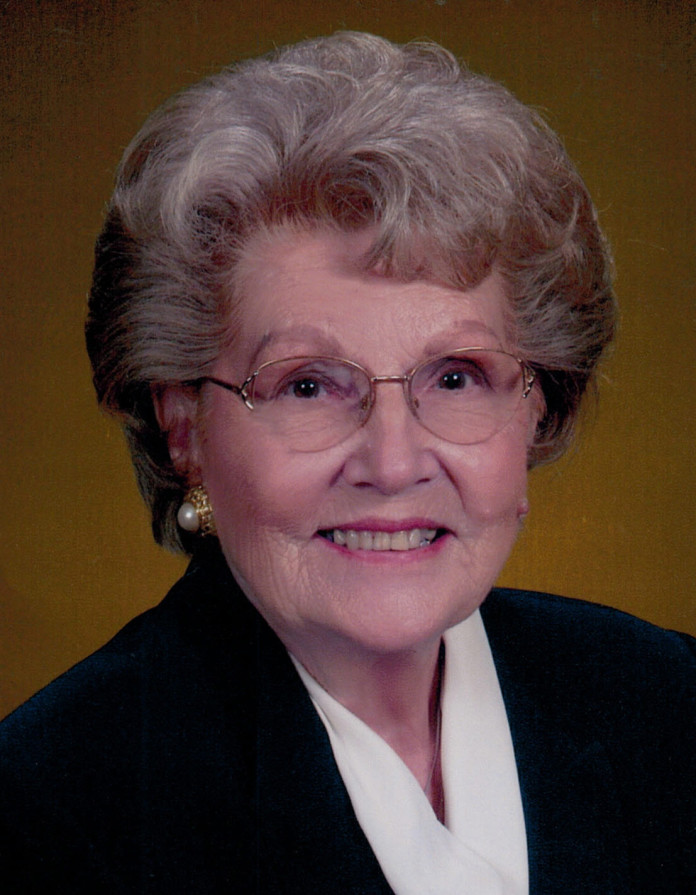 Memorials may be given to the First Presbyterian Church, the Friends of the Perry Public Library, the Rowley Masonic Community or the St. Croix Hospice and may be left at the Funeral Home. Online condolences may be sent to www.carrisfuneralhome.com.

Marda Jean Gearhart was born July 28, 1921, in Atkins, Iowa. She was the daughter of Jacob and Elsie Gasser.

She moved to Perry with her mother when she was 12. She graduated from Perry High School in 1938.

After passing all the exams she earned her teaching certificate at the age of 16. Unable to teach until she reached the age of 18, she became the assistant librarian to Flora Bailey at the Carnegie Public Library in Perry, where she worked and retired after more than 20 years of service.

Jean was united in marriage to George E. Gearhart at the First Presbyterian Church in Perry March 10, 1946.

As a lifetime member of the church, she was a choir member as well as a soloist, and for many years you would find her singing at weddings and funerals. She was an active member of the Presbyterian Women’s Association, a Deaconess, and held memberships in the Perry Women’s Club, the Friend’s of the Library, the Patron’s of the Arts Program, the Elks and the Perry Golf and Country Club.

Preceding her in death were her parents; one sister, Margaret; one brother, James; and her only child, Pamela Jean Fox.

She is survived by her grandson, Jeffrey K Hilgenberg; and her son-in-law, Ronald Fox, both of Council Bluffs, Iowa.