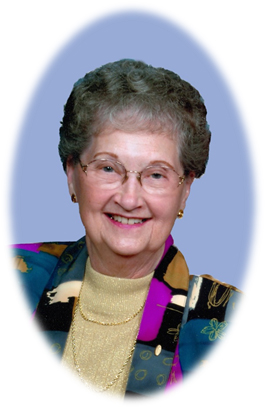 A Celebration of Life will be held at 10:30 a.m. Monday, Dec. 14 at the First United Methodist Church, with Rev. Paul Burrow. A private burial will take place at Violet Hill Cemetery in Perry. Visitation will be held at Carris Family Funeral Home Sunday, Dec. 13 from 1-5 p.m., with family present from 3-5 p.m.

Memorial donations will be given to the Perry Fine Arts. Online condolences may be sent at www.carrisfuneralhome.com.

She attended a one room country school until second grade. She moved closer to town and walked more than a mile to attend school in town.

She continued to work for two and a half years while Don entered the military service.

On March 30, 1946, in Des Moines, Jean was united in marriage with Don. The couple lived in Perry, where she worked for the Gas Company, the Dallas County Credit Bureau and for more than 20 years at the Perry State Bank (Raccoon Valley Bank).

Jean was a warm-hearted woman who loved life, her family, her friends and her faith.

She was active in her children’s school activities. She enjoyed travelling and visiting with her friends. Her faith has always been important to her, and she was a member of the First United Methodist Church in Perry since 1947.

Jean was preceded in death by her parents, Herman and Iril Olson; her husband, Don Kidney; a granddaughter, Tracy Kidney; and a great-grandson, Dylan Kidney.