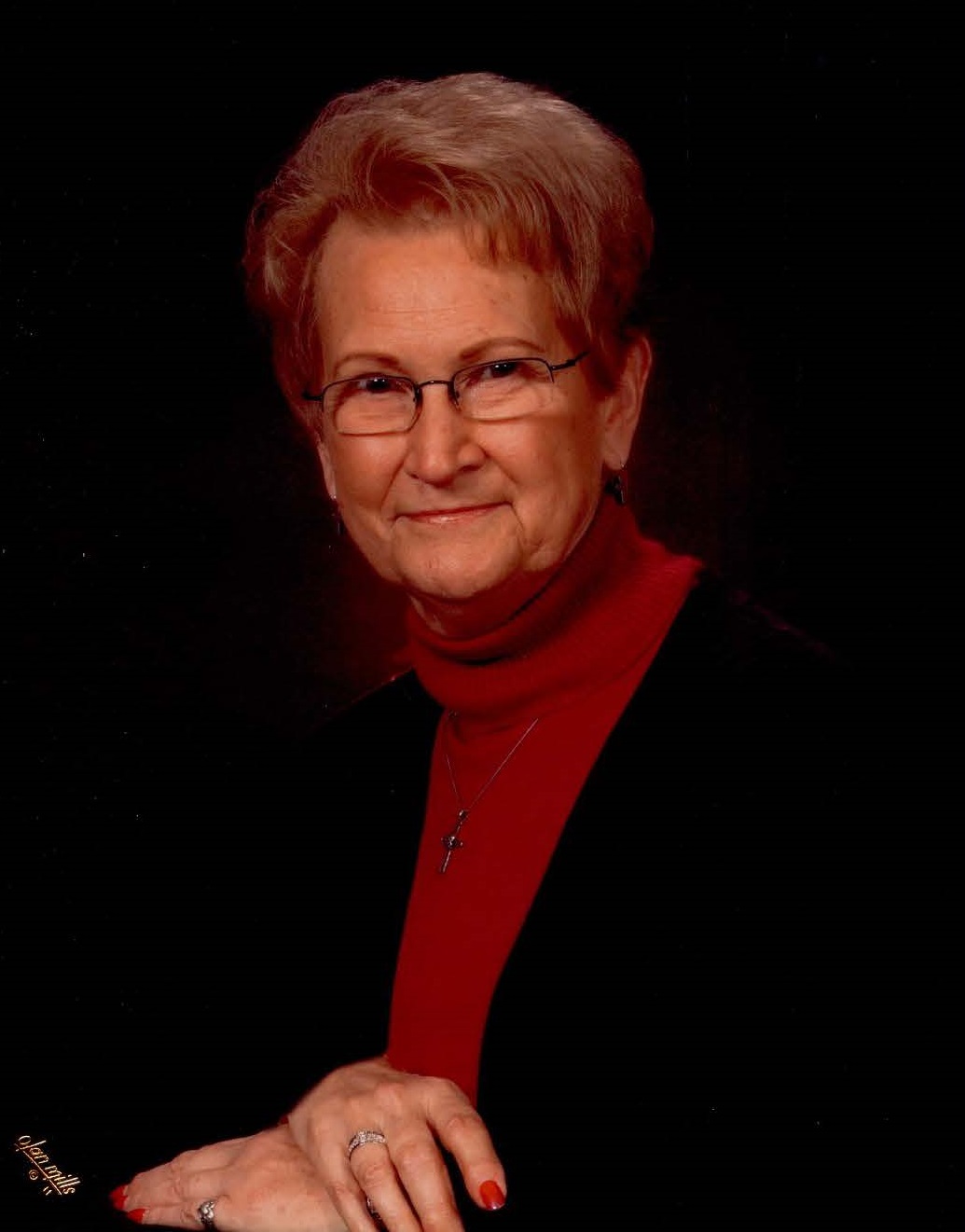 A service for Jeannine Elizabeth Fellom was held at 10:30 a.m. Wednesday, June 24 at Mount Olivet Lutheran Church in Perry.

A visitation was held after noon Thursday, June 23 at Hastings Funeral Home in Perry, with family present from 6-8 p.m. Pastor Jeremy Winter provided words of comfort.

Linda Huntington, Nancy Walker and Gary Haupert were the musicians. Musical selections were “Lily of the Valley,” “Blessings,” “The Lord’s Prayer” and “How Great Thou Art”. Recorded selections were “Angels Among Us” by Alabama and “The Dance” by Garth Brooks.

She graduated from Moville High School in 1959 and went to work for Iowa Public Service as a receptionist and cashier.

On Feb. 4, 1962, she married Gary Fellom at the Moville Trinity Lutheran Church and they were blessed with four children, Sheri, Troy, Trent and Darin.

Jeannine and Gary moved to Denison for a time before moving to Perry in October 1962, where they made their home and raised their children.

Jeannine began her banking career in February 1963 as a teller and retired in 2010 as a loan officer, completing a very successful 47-year life of serving and helping her many customers.

In addition to working at the same bank all those years, she cared for her husband and children, always being an active part of their lives. That beautiful trait carried on for Jeannine’s grandchildren, never missing their many activities. Jeannine and Gary found time for family vacations and two trips together to Hawaii.

After Gary’s death in 1998, she continued the love of Hawaii, traveling five more times with her friends or even alone. Perhaps that love of Hawaii was partly because of her passion for the water and the beach. In her 40s she “got up” the first time she tried slalom water skiing and continued to water ski into her 60s. Jeannine even went parasailing in Hawaii and thoughts of sky diving had crossed her mind.

Her love of travel also took her to Alaska, Europe, a Mediterranean cruise, following the Apostle Paul’s Journey and enjoying other cruises with her friends.

Jeannine enjoyed flower gardening, was a sports enthusiast and even played the accordion in earlier days.
Her membership at Mt. Olivet Lutheran Church played a huge part in her life. She was always very active in the choir and church council, serving as treasurer for many years.

Jeannine was a member of the P.E.O. Sisterhood Chapter OK in Perry and served on the board of the Perry Lutheran Home.

Jeannine will be lovingly remembered by her daughter, Sheri Meinecke, and her husband, Robert, of Jamaica; sons, Troy Fellom of Wausau, Wis.; Trent Fellom and his wife, Carrie, of Perry; and Darin Fellom and his wife, Michelle, of Chippewa Falls, Wis.; and her adored grandchildren: Adam Meinecke, Alexandra Fellom, Sarah Meinecke and her fiancé, Taylor Burkhardt, Nathan Fellom, Kory Fellom, Danielle Fellom, Nicholas Fellom, Conner Meinecke and Miranda Fellom. Jeannine is also survived by her sister, Elaine Johnson, and her husband, Ray, of Moville, Iowa; brother, Dean Wink, and his wife, Joan, of Howes, S.D.; nieces, nephews, other relatives and many, many friends.