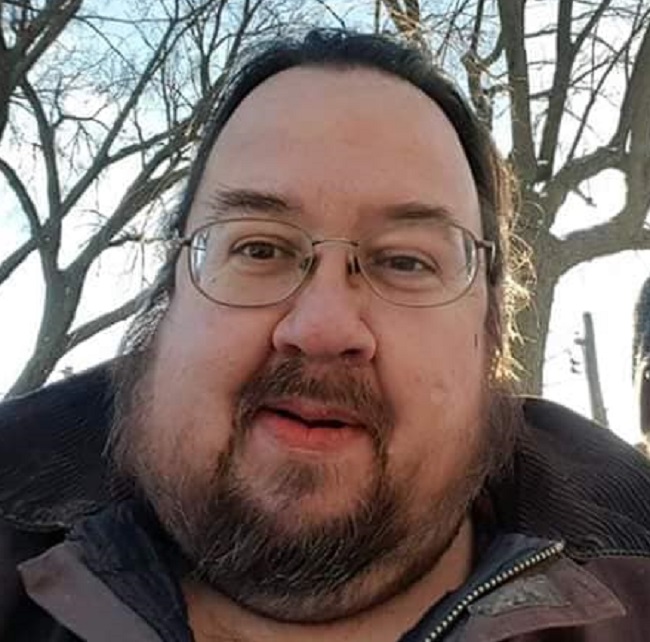 A Celebration of Life for Jeff Webster, 56, of Perry will be held Sunday, Nov. 20 from 1-3 p.m. in the Canisteo Room of the Hotel Pattee.

Jeff was born June 28, 1966, in Springfield, Illinois, the son of Jerry D. and Kathryn E. Jenkins Webster. Jeff was preceded in death by an infant sister, Dana, in 1964.

He grew up in Taylorville, Illinois, graduated from Taylorville High School in 1984 and attended the University of Alabama and Iowa State University.

Jeff was a member of the St. Patrick Catholic Church in Perry and was a Grand Knight in the Perry Knights of Columbus St. Jude Council 1243.

He was a sports writer for the Marshalltown Times-Republican for four years and the Perry Chief for nine years before co-founding The Perry News in 2015.

Jeff loved his family, was passionate in his opinions and was compassionate about his friendships. He used his gift of storytelling and flair for writing to pave the way to a life that wove through small-town journalism in the midst of the internet’s rise. A humorously obstreperous man, there was no issue for which he held no opinion or upon which he would not pontificate, often much to the benefit of anyone within earshot.

As with many of God’s children, Jeff was a unique soul. Jeff was fortunate to have loving friends and family upon whom he could always rely, and he returns to the earth loved and missed.

Jeff’s family will meet friends from 10 a.m. until the time of a funeral Mass at 11 a.m. Friday, Nov. 18 at St. Mary’s Catholic Church, 108 W. Adams St., in Taylorville, with the Rev. Paul Lesupati officiating. Burial will follow at Calvary Cemetery in Pawnee.

Curry Funeral Home in Pawnee is serving the family of Jeff Webster. Online condolences may be expressed at www.curryfh.com.