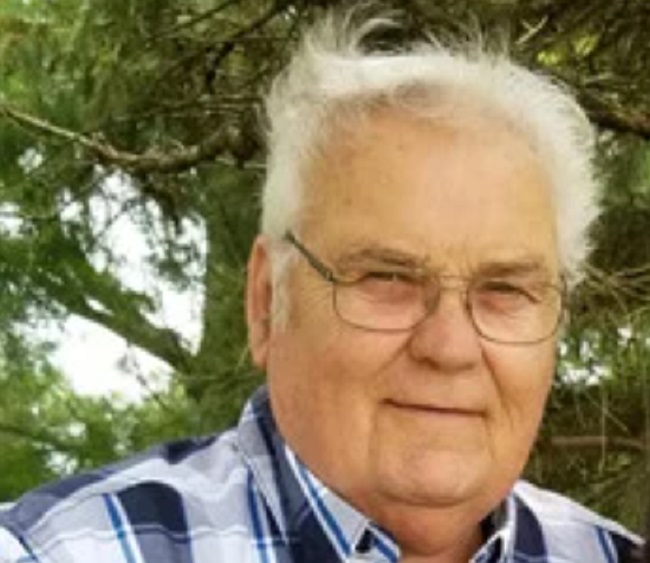 A private family funeral service for Jerry Groves, 79, of Rippey will be held at 1 p.m. on Thursday, Dec. 10 at the Slininger-Schroeder Funeral Home in Jefferson. The funeral service will be live streamed for friends to watch. A link can be found at on the Slininger-Schroeder Funeral Home Facebook page. A Celebration of Life will be held at a later date.

Jerry passed away Friday, Dec. 4, 2020, at his home in Rippey, Iowa. He was born April 21, 1941, at the Greene County Hospital in Jefferson, Iowa, to Jesse Lee Groves and Berneice Marie (Miller) Groves.

He was raised on a farm outside of Rippey, the youngest of three children.

Jerry was always very outgoing and participated in Boy Scouts, FFA, mixed choir, band, basketball and baseball. He even took part in the school play his junior and senior years. During high school, he was a member and served as president of the DeMolay.

Farming and running an independent business were Jerry’s lifelong occupations. At the age of 18 he was hired as a seed salesman for Garst and Thomas Pioneer. Jerry sold seed for a total of 50 years, 42 for Pioneer. He finished his career by going back to his roots and selling again for the Garst Seed Co.

While selling seed and farming, Jerry also ran Groves Farm Supply. He proved to be a very innovative farmer for his generation. He promoted the sale of skip-row planters and new tillage equipment. He protected the watershed by selling sprayers with improved calibration to limit chemical usage.

Jerry also watched his land closely for drainage and soil erosion. He promoted the use of waterways and buffers to filter water as it made its way to local streams.

During all of this, he had the love of his life at his side. Jerry married Linda Kae Conner Aug. 18, 1964. Together they worked side by side, raising three children.

As busy as he was, Jerry still found time for pulling antique tractors in the early 1980s. He loved to build things out of iron and for five months spent his evenings building a horse trailer for his daughters to use showing quarter horses.

He did his best to attend his children’s and grandchildren’s school activities, but they knew if they wanted to spend time with Dad/Grandpa, it meant riding in the combine or taking snacks and meals to the field. Not a problem—they loved every minute.

Toward the end of his farming career, Jerry took great pride in the development of his hay business. He slowed down enough to enjoy going to car shows, tractor shows, and gun shows. Jerry loved to shoot rabbits and work on his old tractors. He always said, “You can’t farm without an M!”

Jerry had a quick wit, a big heart and was a genuine friend to all. He didn’t know a stranger and was kind and helpful to everyone he knew in his own grumpy sort of way.

He loved his family and even in his last days was more concerned about those caring for him than for himself.

In death he has been reunited with his parents, Jesse and Berneice; his sister, Donna, and husband, Charles Lane; his sister, Betty, and husband Donald Wilcox; his great-granddaughter, Addilyn; and his in-laws, Paul and Jeannette Conner.

Friends may pay their respects to Jerry at Slininger-Schroeder Funeral Home in Jefferson on Tuesday and Wednesday from 9 a.m. to 5 p.m. The family will not be present. Memorials are suggested to P.A.W.S. or Second Chance Dog Rescue of Iowa.