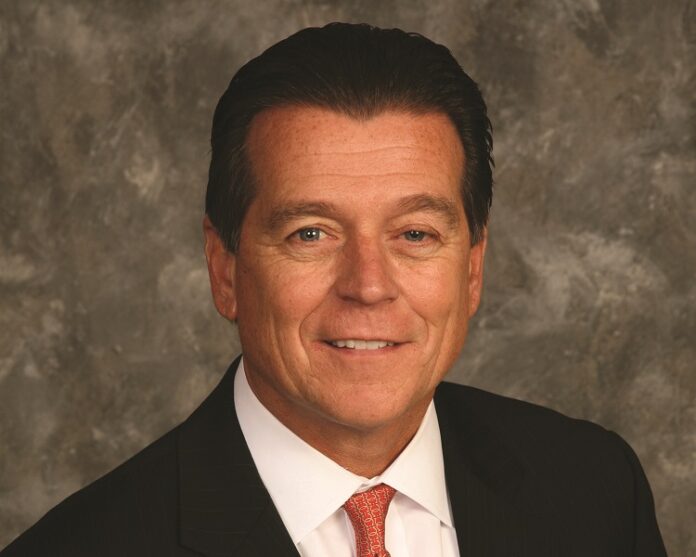 James (Jim) Edward Collins, 69, of Blue Springs, Missouri, passed away peacefully Dec. 25, 2020, at his home surrounded by his family.

Jim is survived by his loving wife of 45 years, Patti; his daughter, Jill (Jeremy); his sons, T. J. (Kristina) and Danny (Lauren); his grandson, J. B.; as well as his mother, Wilma; his sisters, Ann (Mike) and Nancy; and his brother, Bob.

He was preceded in death by his father, Edward James Collins.

In 1975 Jim and Patti married and started a family a few years later in Blue Springs.

He dedicated 40 years of his life to a career in commercial insurance, but it was his family that always came first.

He was famous among friends and family for his Sunday Night Dinners where he always manned the grill, Miller Lite in hand.

Jim enjoyed life to the fullest and had boundless energy. When he wasn’t at home or the office, he could be found golfing, hitting up the gym for an early morning session or enjoying the white sand beaches in Florida.

His sense of humor, warm smile and ability to make everyone around him feel special were some of his best-known traits.

Services are being postponed, and details will follow when available.

In lieu of flowers, the family asks that donations be made to St. John LaLande Church or the Kansas City Hospice.