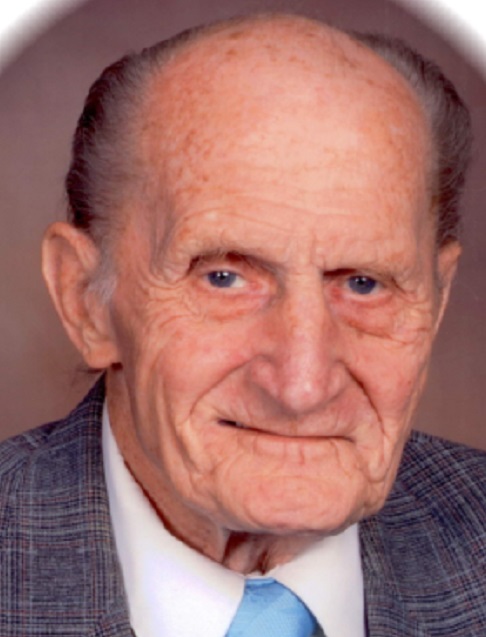 Organist was Linda Tingwald. Ushers were Damon Adair and Jim George. Internment was at Violet Hill Cemetery, in Perry.

Gene graduated from Fullerton High School in 1946, Doane College in Crete, Neb., in 1950 and received a Master’s Degree from Drake University in 1969.

He taught vocal music in Nebraska and Cumberland, Leon and Perry, Iowa, from 1951-1975 and then worked 10 years for Oscar Mayer in Perry.

He married Betty Baumeister Aug. 27, 1950, and together they had five children.

Gene was always involved with music both as an occupation and hobby. He directed the Lutheran Church choir in almost every community the family lived in, was privileged to direct a mass choir at a large gathering of Lutherans in Des Moines at Veterans Auditorium, participated in barbershop and gospel quartets even into his eighties, encouraged his children in their musical endeavors and always loved a great song.

During his teaching career he also coached football, including starting the football program in Cumberland, was a cheerleading coach, drama coach, weight lifting coach, art teacher and taught many Perry fifth graders to play plastic recorders!

He was a member of Christ Lutheran Church in Bouton, Iowa.

He was preceded in death by his parents; and his wife, Betty, in 2004.