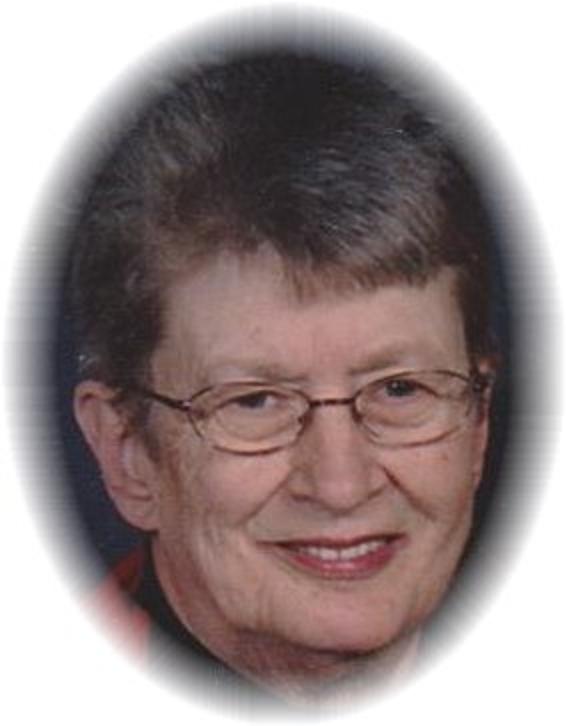 Joy Iola Bartley, daughter of Horace Hedges and Juliette Manor Hedges, was born in a farm house March 5, 1938, in Willow Township, Greene County, Iowa. Joy died Feb. 18, 2016, at the Mary Greeley Medical Center in Ames at the age of 77 of complications of pneumonia.

Music was provided by organist Danille Curtis and soloist Sheilah Pound. Music selected by the family was “When The Saints Go Marching In” and “Wind Beneath My Wings.” The recorded special song was “When I Get To Where I’m Going.” Burial was held at Jefferson Cemetery in Jefferson.

Joy married Paul F. Bartley Sept. 14, 1959, at the United Methodist Church in Scranton. They were blessed with three children, Lea, Nick and Lance.

The couple lived in Rapid City, S.D., where Paul was stationed at Ellsworth Air Force Base. Joy worked at a bank.

The family moved to Maryville and then to Jefferson June 28, 1959. Joy worked at the high school as a tutor and as a clerk at the Greene County Assessor’s Office.

Joy loved helping others and again worked tutoring, this time with English as a second language.

Her attributes were many, but her first love was her family.

Joy had a great passion for feeding the hungry, working with literacy and food services.

Her life on the farm instilled a love of the outdoors, and her flowers were very important to her.

Her friends, as well as her family, found her very warm, supportive, caring and compassionate.

Wednesday gatherings with her lady friends were special to Joy. Joy was a member of the Greenbrier Methodist Church for many years, before moving her membership to the First United Methodist Church in Boone after their move.

Joy is also survived by her sisters, Karen (Joe) Jackson of Fort Dodge and Jo Anne (John) Smith of Owings, Md.; sisters-in-law, Marvel Newell, Frankey (Jim) Anderson and Arlis Bartley; brother-in-law, Dick Leedom, all of Jefferson; many nieces and nephews; other relatives; and many friends.