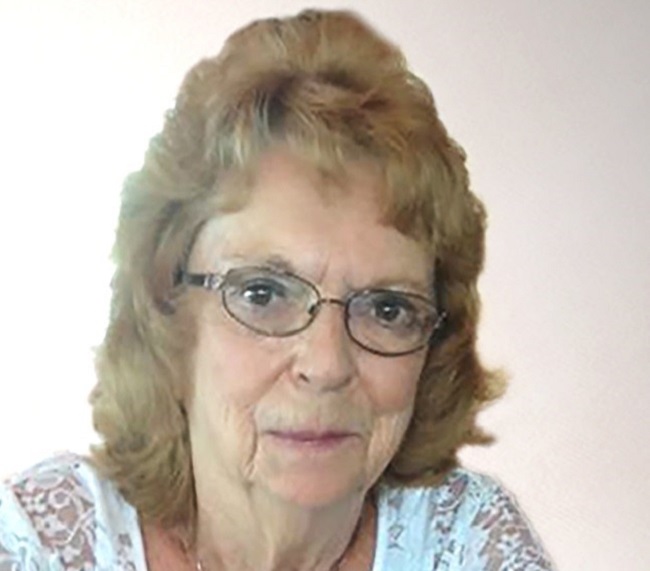 She grew up on a farm with two brothers, Francis and Doug.

She graduated from Ogden High School in 1959.

On Feb. 14, 1962, Judy was united in marriage to Ronald Short, and they were blessed with four children: Dorinda Jo, Ronda D., Regina Arlene and Ronald Dean.

Judy worked in the food industry for several years.

She was also a big fan of the Oakridge Boys.

She is preceded in death by her parents, Frances (Ralph) Holman and Earl (Wanda) Harrington; and siblings, Sharon, Kenneth and Francis; sister-in-law, Delores; nephew, Scott; and special friend, Al Droste.

A graveside service will be held at Pleasant Hill Cemetery in rural Boone County Saturday, July 7 at 10:30 a.m., with luncheon following at St. Martin’s Episcopal Church at 10th and Iowa streets in Perry.

In lieu of flowers, the family requests donations be made to AHeinz 57 Dog Rescue in Desoto or Keokuk County Hospice and mailed to Gina Ruggle at 14218 Green Drive, Perry, IA 50220.