The Perry High School Junior Class is going all-out in an effort to raise funds for the 2022 prom, and so far the 2023 graduates have done quite well.

The juniors have raised over $6000 since beginning their push in mid-June and show no signs of slowing.

The class will host a pork loin dinner Wednesday from 6-8 p.m. in the PHS parking lot as part of the Homecoming celebration. The dinner will be free will, with a suggested offering of $5.

Payments can be mailed to Olejniczak at 2087 130th Street, Perry, IA, 50220. Deadline is Oct. 15. Include name, address, cell phone number (for confirmation), the number of ‘P’ requested and the exact location desired. 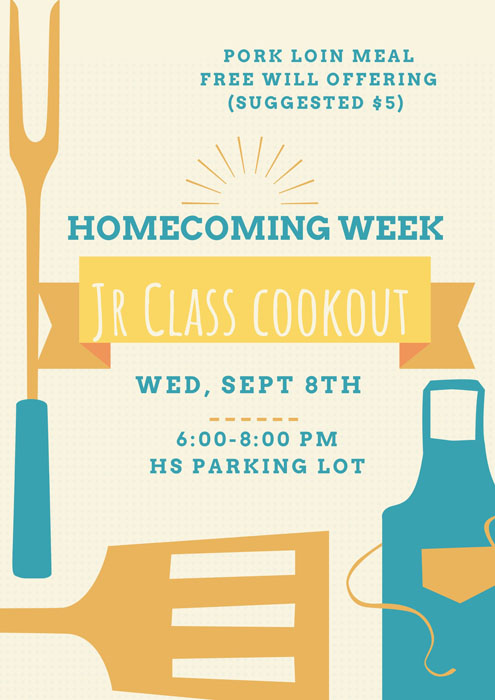 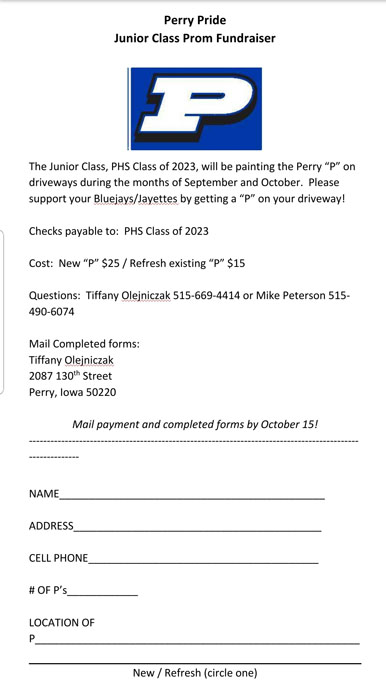 Kathy Fox feted on birthday by Women of Wonder