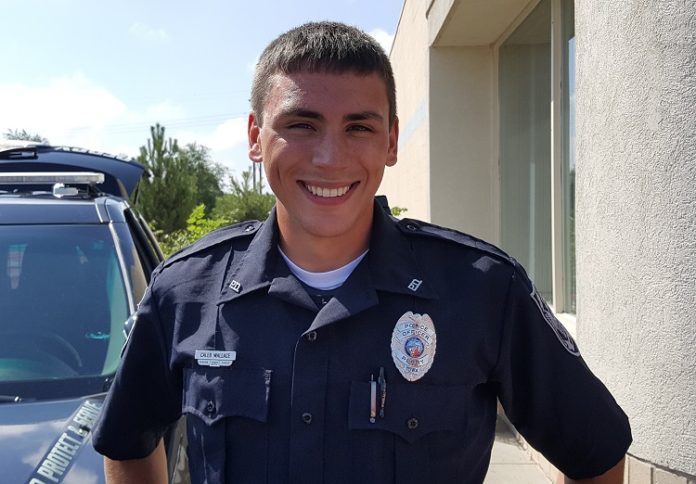 Fine weather greeted Perry-area youngsters and their elders Saturday at the third annual Perry Public Safety Day, staged in the parking lot of the Perry Hy-Vee.

The powerful Jaws of Life chewed up several automobiles, and young people were free to scramble into the patrol cars and sit behind the wheels of the fire trucks, ambulances and snow plows.

Among the new faces at the Public Safety Day was the newest member of the city’s law enforcement team, Perry Police Department Officer Caleb Wallace. The Boone native finished his 16-week training Friday at the Iowa Law Enforcement Academy and will be on the streets Monday for three months of field training in Perry.

Wallace is a 2015 graduate of Boone High School. He said his interest in law enforcement started when he was a sophomore and was admitted to the Boone Police Department Youth Academy. The Youth Academy involved a lot of hands-on simulations of house searches, OWI stops and similar enforcement actions.

“I just loved it,” Wallace said. “It really set the tone for me to make law enforcement a career. It was awesome.”

A stint in the Boone Police Department Citizens Academy furthered his interest although it was “more classroom-based and less hands on, but it was still a good program,” he said.

Wallace sees a lot of similarities between Boone and Perry and thinks “it’ll be fun to work here,” he said.