JEFFERSON — Perry travels to Linduska Field Friday for the 90th playing of the Cowbell Game, with Greene County asking their arch-rivals to join them in the battle against childhood cancer.

Fans are asked to dress in gold for the game, symbolizing the struggle against the disease. Those attending are also asked to bring either Silly Putty, Play-Doh, or bubbles to the game, which will be collected at the gates and then donated to Blank Children’s Hospital.

The two communities first faced each other on a gridiron in 1898, but it was not until 1928 that the Lions Clubs in Jefferson and Perry decided to create a traveling trophy which would be held by the winning football team. 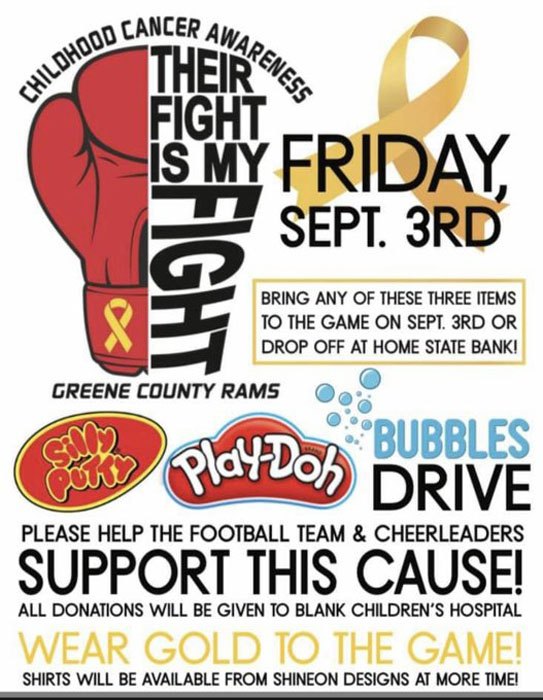