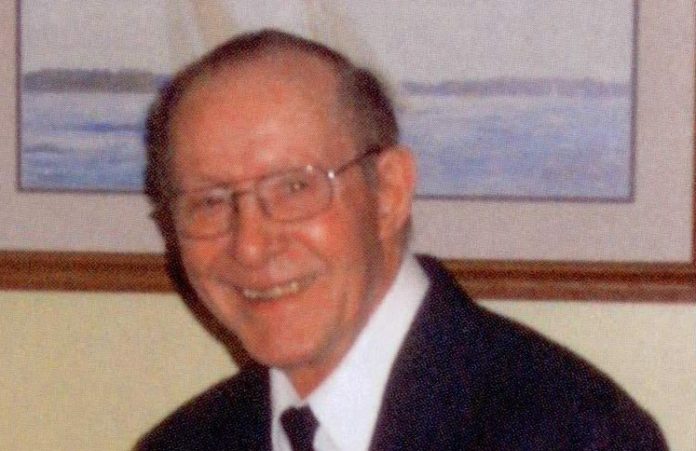 Larry Dean Correy, son of Raymond Correy and Hattie Stockburger Correy, was born Jan. 31, 1937, on his parent’s farm near Jamaica, Iowa. Larry lived his entire life in the Jamaica area, graduating from Jamaica High School in 1954.

He worked for his brother-in-law, Errol Wilson, at his service station in Rippey.

Larry opened his own station, Correy’s Phillips 66, which he owned and operated. He later was a car salesman in Perry and Jefferson.

Larry was a proud, determined, hardworking man who cared deeply for his family. His main love and joy was being near them, sharing in their lives and activities.

His community was very special to him. He volunteered, was a member of the Jamaica City Council and the Jamaica Lions Club.

Larry loved sports, and “back in the day” he managed the Jamaica semi-pro team. Larry was an avid Hawkeye and Chicago Cubs Fan and was always up to a good game of cribbage.

Over the years, Larry cultivated many, many friendships with his great personality and ready smile.

A Vigel was held Thursday, Aug. 24 at 7 p.m. at Hastings Funeral Home in Perry, with Deacon Dennis Wright Presiding. A Mass of Christian burial was held Friday, Aug. 25 at 10 a.m. at St. Patrick Catholic Church in Perry. Celebrant was the Rev. Chris Reising. Music was provided by Jan Pattee. Lectors were Brette Correy and Brady Correy.

Interment was at St. Mary’s Catholic Cemetery in Jamaica. Following the cemetery services, there was a time of lunch and fellowship at the Jamaica Community Center. Lunch was served by friends of the Jamaica community.