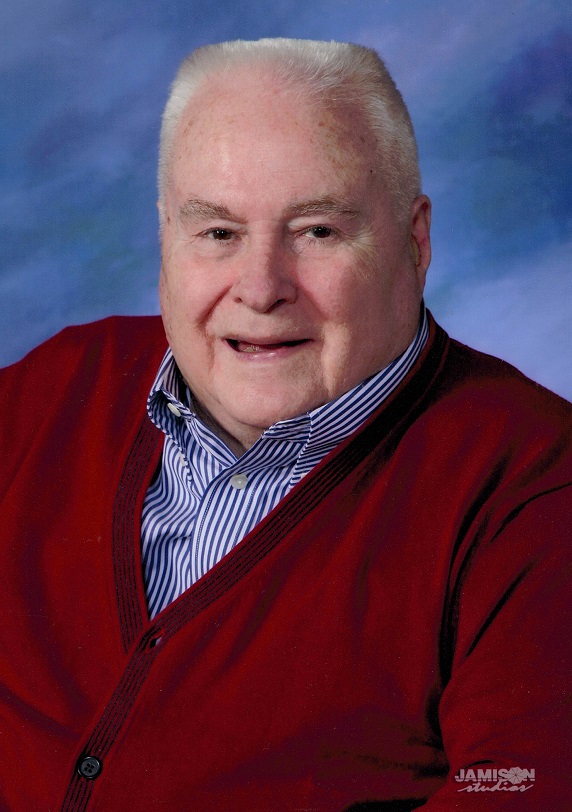 Funeral services will be held Tuesday, July 7 at 10 a.m. at First United Methodist Church in Perry. Visitation will be Monday, July 6 from 1-7 p.m., with family present from 4:30 to 7:00 p.m. and a Masonic Lodge Service at 7 p.m. at Carris Family Funeral Home. Burial will be in the Violet Hill Cemetery in Perry.

Memorials may be given to Rowley Memorial Masonic Home, HCI Care Services or First United Methodist Church and may be left at the Funeral Home. Online condolences may be sent to www.carrisfuneralhome.com.

He graduated from Bayard Consolidated High School with the class of 1950. He continued his education at the Chillicothe, Mo., Business College for telegraphy and then at Drake University.

He served his country in the United States Army during the Korean War.

He was united in marriage to Shirley Kay Gripp on Sept. 9, 1956, at the Bayard United Methodist Church.

Larry started working on Nov. 7, 1950, as an agent for the Milwaukee Railroad in Linden. He came to Perry after serving in the Army and became a dispatcher in 1955. During his career, he worked in Perry, Bensenville, Ill., and Ottumwa. He retired from the Railroad in 1983 when they moved the dispatchers to Illinois. After retirement he worked at the Rowley Memorial Masonic Home in Perry until 1992.

He was very active in the Otley Masonic Lodge #299 in Perry, Eastern Star, Ames York Rite and the Za Ga Zig Shriners in Des Moines.

He enjoyed hunting, fishing, attending sporting events, traveling, camping, and collecting railroad memorabilia, and coins. He especially loved to be with his grandchildren.

Larry was preceded in death by his parents, Fred and Marie; a brother, Frederick Lloyden Harvey; and a sister, Loretta Marie Schram.